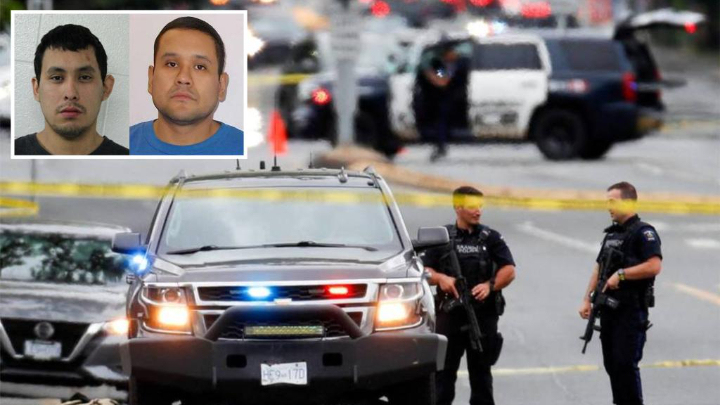 A stabbing spree in an Indigenous community and a nearby town in Canada's Saskatchewan province left at least 10 people dead and 15 injured on Sunday, police said, as they launched a manhunt for two suspects.

She said at least 15 other people had been injured and transported to hospitals.

"We are actively looking for the two suspects," she added.

The alleged attackers fled in a vehicle and have been identified as Myles and Damien Sanderson, aged 30 and 31 respectively, both with black hair and brown eyes.

The James Smith Cree Nation, with a population of 2,500, declared a local state of emergency, while many residents of Saskatchewan province were urged to shelter in place.

Blackmore said authorities believe "some of the victims were targeted by the suspects and others were attacked randomly."

"To speak to a motive would be extremely difficult at this point in time," she added.

Weldon resident Diane Shier told local media her neighbor, a man who lived with his grandson, was killed in the attack.

"I am very upset because I lost a good neighbor," she told the Canadian Press.

A dangerous person alert had been issued in the morning in Saskatchewan, as police responded to multiple stabbings in multiple locations in the Indigenous community and Weldon.

Police received a call at 5:40 am (11:40 GMT) about a stabbing at the James Smith Cree Nation, followed quickly by more calls reporting further stabbings, at a total of 13 separate locations, Blackmore said.

Several checkpoints have been set up on highways and roads across the region, as "maximum" police resources were deployed for the search for the suspects, she added.

After reported sightings of the two men in Regina, the provincial capital more than 300 kilometers (185 miles) to the south, the alert and search expanded to include neighboring Manitoba and Alberta provinces -- a vast region almost half the size of Europe.

The Saskatchewan Health Authority told AFP in a statement it had activated emergency protocols to deal with "a high number of critical patients."

"We can confirm that multiple people are being triaged and cared for at multiple sites and that a call for additional staff to help respond to this situation has occurred," it added.

Three helicopters were dispatched from Saskatoon and Regina to the remote northern communities to transport stabbing victims and bring a doctor to the scene.