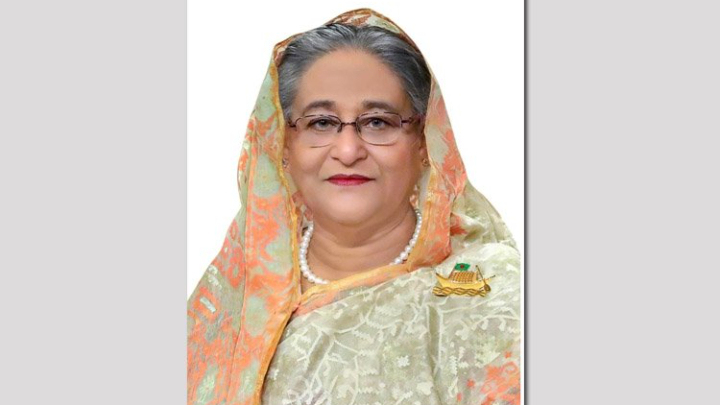 Prime Minister Sheikh Hasina left Dhaka for New Delhi, India on Monday morning on a four-day state visit at the invitation of her Indian counterpart Narendra Modi with cooperation on trade and energy, water sharing of common rivers and Rohingya issues are expected to be on top of the agendas.

A VVIP chartered flight of the Biman Bangladesh Airlines carrying the Prime Minister and her entourage members departed the Hazrat Shahjalal International Airport, Dhaka at 10am, Airport sources said.

The Prime Minister will hold talks with the Indian President, Prime Minister and Vice President while several numbers of MoUs are expected to be signed during her India visit from September 5 to 8 after 2019, prior to the outbreak of the Coronavirus pandemic.

The flight is scheduled to reached the Palam Airport, New Delhi at 12pm (BD time) where the Bangladesh premier will be received by State Minister for Railways and Textiles of India Darshana Vikram and Bangladesh High Commissioner to India Muhammad Imran.

A red carpet will be rolled out at the airport in honour of Sheikh Hasina while a cultural team comprising 6-7 members will later perform a welcome dance and play musical instruments.

During the visit, she is scheduled to hold bilateral talks and a one-to-one meeting with Indian Prime Minister Narendra Modi at the Hyderabad House on September 6, the second day of her India visit.

After holding the bilateral talks, several MoUs (Memorandum of Understandings) are likely to be signed between the two neighbouring countries while a press statement will be issued later.

On her arrival at the Hyderabad House, she will be received by Narendra Modi. She will inspect the ceremonial guard of honour there.

Sheikh Hasina later will join a luncheon to be hosted in her honour by the Indian Prime Minister.

She is scheduled to pay homage to Mahatma Gandhi at Raj Ghat on September 5.

She is scheduled to meet family members of former Indian president Pranab Mukherjee the same day.

The Indian External Affairs Minister will pay a call on the Bangladesh Premier on September 5 while Minister for Development of North Eastern Region of India G. Kishan Reddy and Nobel laureate Kailash Shatyarthi will make separate calls on her on September 7.

On September 7, the Bangladesh Premier is expected to address a meeting of top business leaders and a ceremony for awarding “Mujib scholarship” to direct descendants of soldiers, officers of the defence forces of India, who were martyred or critically wounded during the Liberation War of Bangladesh in 1971.

The Prime Minister is scheduled to visit Khwaja Gharib Nawaz Dargah Sharif, Ajmer (Ajmer Sharif Dargah) in Rajasthan before returning to Dhaka on September 8 and Nizamuddin Aulia Dargah in Delhi on her first day of India visit on September 5.