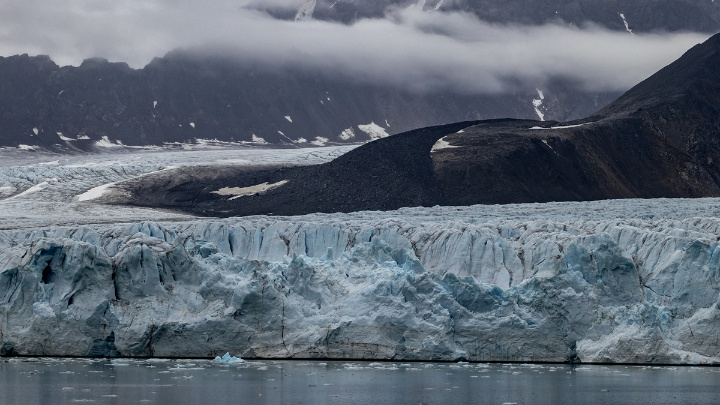 Earth's concentration of greenhouse gases and sea levels hit new highs in 2021, a US government report said on Wednesday, showing that climate change keeps surging ahead despite renewed efforts to curb emissions.

"The data presented in this report are clear - we continue to see more compelling scientific evidence that climate change has global impacts and shows no sign of slowing," said Rick Spinrad, administrator of the National Oceanic and Atmospheric Administration.

"With many communities hit with 1,000-year floods, exceptional drought and historic heat this year, it shows that the climate crisis is not a future threat but something we must address today," he said.

The rise in greenhouse gas levels comes despite an easing of fossil fuel emissions in 2020 as much of the global economy slowed sharply due to the COVID-19 pandemic.

The US agency said that the concentration of greenhouse gas in the atmosphere stood at 414.7 parts per million in 2021, 2.3 parts higher than in 2020.

The level is "the highest in at least the last million years based on paleoclimatic records," the annual State of the Climate report found.

The planet's sea levels rose for the 10th straight year, reaching a new record of 3.8 inches (97 millimeters) above the average in 1993 when satellite measurements began.

The year 2021 was among the six warmest on record since the mid-19th century, with the last seven years all the seven hottest on record, it said.

The less headline-grabbing average temperatures were in part due to La Nina, an occasional phenomenon in the Pacific that cools waters, which took place early in 2021 and contributed to February 2021 being the coldest since 2014.

But water temperatures were also at record highs, with exceptionally high recordings documented in particular in lakes in Southwest China's ­Xizang Autonomous Region, an environmentally crucial region as a water source for many of Asia's major rivers.

Tropical storms, which are expected to increase as the planet warms, were sharply up in 2021, the report said. They included Typhoon Rai, which killed nearly 400 people in the Philippines in December 2021, and Ida, which swept the Caribbean before becoming the second strongest hurricane to hit Louisiana after Katrina.

Among other extraordinary events cited in the report, the celebrated cherry trees in ­Kyoto, Japan, bloomed at their earliest since 1409. Wildfires, also expected to rise due to climate change, were comparatively low following recent years although devastating blazes were witnessed both in the American West and Siberia.

The 2021 report came days after a study said Greenland's ice sheet is already set to melt at dangerous levels, with major effects for low-lying areas around the globe that are home to hundreds of millions of people.

The planet remains far off track from an ambition set by the Paris climate accord in 2015 to aspire to limit warming to 1.5 C above preindustrial levels to avoid the worst effects of climate change.