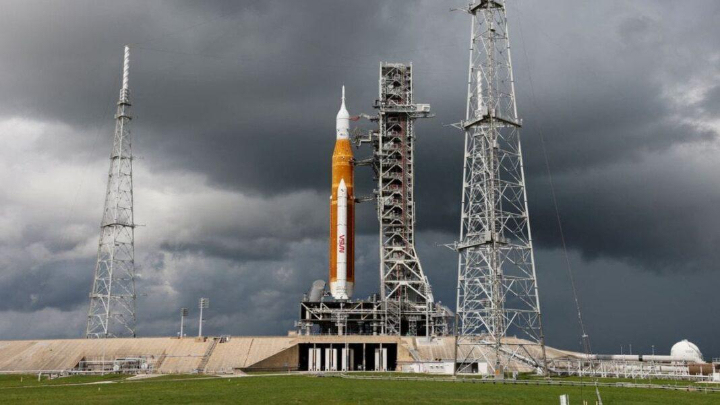 The uncrewed Artemis I mission is ready for a second chance at launching on a historic journey around the moon.

Shortly before 5 a.m. ET, mission managers received a weather briefing and decided to proceed with loading propellant into the rocket. The countdown clock resumed at 7:07 a.m. ET.

There is a 60% chance of favorable weather conditions for the launch, with chances increasing to 80% favorable toward the end of the window, according to weather officer Melody Lovin.

The Artemis I stack, which includes the Space Launch System rocket and Orion spacecraft, sits on Launchpad 39B at Kennedy Space Center in Cape Canaveral, Florida.

The Artemis I mission is just the beginning of a program that will aim to return humans to the moon and eventually land crewed missions on Mars.

If the mission launches on Saturday, it will go on a journey around the moon and splash down in the Pacific Ocean on October 11. There is still a backup opportunity for the Artemis I mission to launch on September 5 as well.

In the last few days, the launch team has taken time to address issues, like hydrogen leaks, that cropped up ahead of Monday's planned launch before it was scrubbed. The team has also completed a risk assessment of an engine conditioning issue and a foam crack that also cropped up, according to NASA officials.

Both are considered to be acceptable risks heading into the launch countdown, according to Mike Sarafin, Artemis mission manager.

On Monday, a sensor on one of the rocket's four RS-25 engines, identified as engine #3, reflected that the engine could not reach the proper temperature range required for the engine to start at liftoff.

The engines need to be thermally conditioned before super-cold propellant flows through them before liftoff. To prevent the engines from experiencing any temperature shocks, launch controllers gradually increase the pressure of the core stage liquid hydrogen tank in the hours before launch to send a small amount of liquid hydrogen to the engines. This is known as a "bleed."

The team has since determined it was a bad sensor providing the reading -- they plan to ignore the faulty sensor moving forward, according to John Blevins, Space Launch Systems chief engineer.

After Artemis I launches, Orion's journey will last 37 days as it travels to the moon, loops around it, and returns to Earth -- traveling a total of 1.3 million miles (2.1 million kilometers).

While the passenger list doesn't include any humans, it does have passengers: three mannequins and a plush Snoopy toy will ride in Orion.

The crew aboard Artemis I may sound a little unusual, but they each serve a purpose. Snoopy will serve as the zero gravity indicator -- meaning that he will begin to float inside the capsule once it reaches the space environment.

The mannequins, named Commander Moonikin Campos, Helga, and Zohar, will measure the deep space radiation future crews could experience and test out the new suits and shielding technology. A biology experiment carrying seeds, algae, fungi, and yeast is also tucked inside Orion to measure how life reacts to this radiation as well.

Additional science experiments and technology demonstrations are also riding in a ring on the rocket. From there, 10 small satellites, called CubeSats, will detach and go their separate ways to collect information on the moon and the deep space environment.

Cameras inside and outside of Orion will share images and video throughout the mission, including live views from the Callisto experiment, which will capture a stream of Commander Moonikin Campos sitting in the commander's seat. And if you have an Amazon Alexa-enabled device, you can ask it about the mission's location each day.

Expect to see views of Earthrise similar to what was shared for the first time during the Apollo 8 mission back in 1968, but with much better cameras and technology.

The inaugural mission of the Artemis program will kick off a phase of NASA space exploration that intends to land diverse astronaut crews at previously unexplored regions of the moon - on the Artemis II and Artemis III missions, slated for 2024 and 2025 respectively - and eventually delivers crewed missions to Mars.