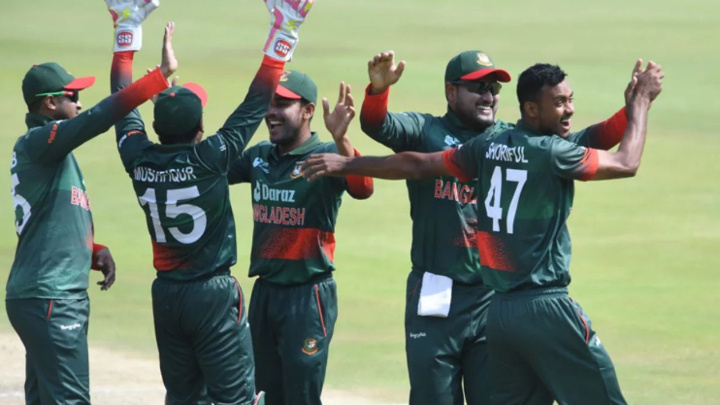 The first do-or-die encounter of the Asia Cup is between two teams who suffered defeats against Afghanistan and are now left to see who out of them progresses to the Super fours from Group B. Dasun Shanaka's Sri Lanka and Shakib Al Hasan-led Bangladesh need to sort out their batting issues quickly in order to prolong their stay in the UAE.

Mosaddek Hossain's unbeaten 48 off 41 gave Bangladesh a fighting chance against Afghanistan after they were reduced to 53 for 5 at one stage. Nevertheless, Shakib will be hoping for a better show from the top five, who combined to score only 35 runs in their Asia Cup opener. Sri Lanka faced similar problems in their opening match - barring 30s from Bhanuka Rajapaksa and Chamika Karunaratne, the batting performance was nothing to write home about, reports cricbuzz.com.

The struggles that Bangladesh and Sri Lanka have experienced aren't limited to this Asia Cup. Since July 2019, Bangladesh and Sri Lanka are the only two teams among the full member sides to average less than 20 with the bat. They are also the only two teams with a strike rate of below 115, a boundary percentage of less than 13, and score of fewer than four sixes per match - highlighting the need for a major reboot in their methods with the bat.

What to expect: The fast bowlers have found some help from the pitches in Dubai in the games played so far and are likely to make an impact again. It will again be a warm evening with a high of 35 degrees Celsius.

Head to head: Bangladesh have played 12 times against Sri Lanka, winning four times and losing eight games. All their four wins have come since 2016.

Injury/Unavailability: There aren't any concerns in terms of personnel at the moment for Sri Lanka.

Tactics & Matchups: The Bangladesh batters struggled against Mujeeb ur Rahman in the powerplay while Rashid Khan tormented them in the middle overs. Sri Lanka has similar bowlers to exploit Bangladesh's weakness against wrist/mystery spin in the form of Maheesh Theekshana and Wanindu Hasaranga.

Injury/Unavailability: Bangladesh hasn't reported any injury concerns in their squad. But they are likely to make one or two changes, bringing in the leg-spinning allrounder Sabbir Rahman and/or Mehidy Hasan Miraz.

Tactics & Matchups: With the presence of several left-handed batters in the Sri Lankan middle order, Bangladesh might look at using Shakib more in the powerplay while the offspinners might prove effective in the middle overs.

- Since beating Pakistan in 2014 final, Sri Lanka has lost six successive games in the Asia Cup, including five T20I defeats.

- In 53 innings between the two teams since last August, there have been only two 50-plus opening stands.