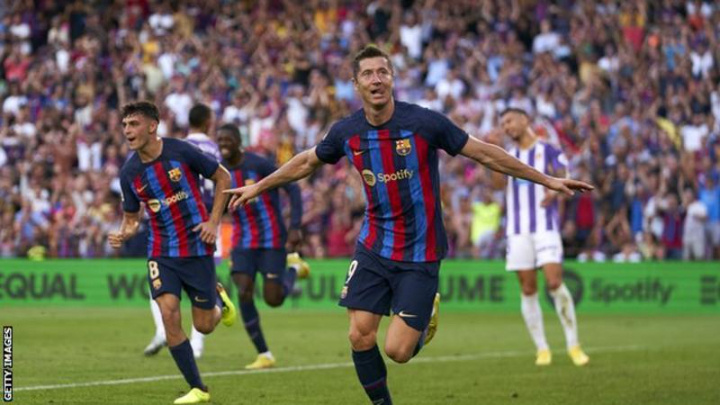 Robert Lewandowski netted a brace for a second time in as many games as Xavi's side strolled to victory. The Poland striker combined with Raphinha for the opener in the 24th minute, before netting a backheeled effort after the break.

It had been a comfortable game for Barcelona with Valladolid struggling to cope with the hosts' energy in the final third.

Lewandowski had already come close when a header from a Raphinha cross hit the woodwork and the goalkeeper's shoulder before bouncing out.

But he calmly finished when he latched on to a fantastic whipped cross from Raphinha. 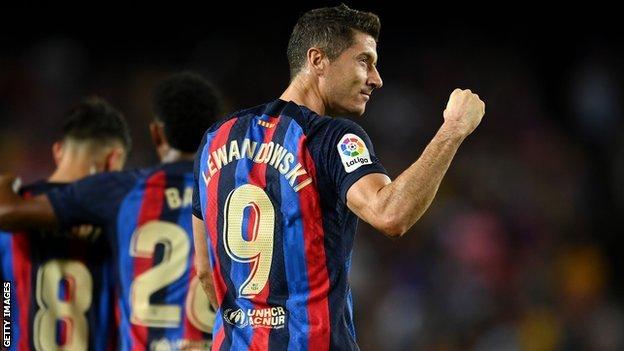 Barcelona manager Xavi opted to swap Ousmane Dembele and Raphinha on the wings and it soon paid dividends as Dembele assisted Pedri for the game's second.

Valladolid tried to fight back, with the introduction of captain Roque Mesa from the bench giving them a spark, but their pressure was short-lived.

Barca regained their stronghold and Lewandowski made it 2-0 in the 64th minute.

Sergi Roberto then rounded off an excellent evening in injury time as he turned in from close range after an effort from Lewandowski rebounded off the bar.