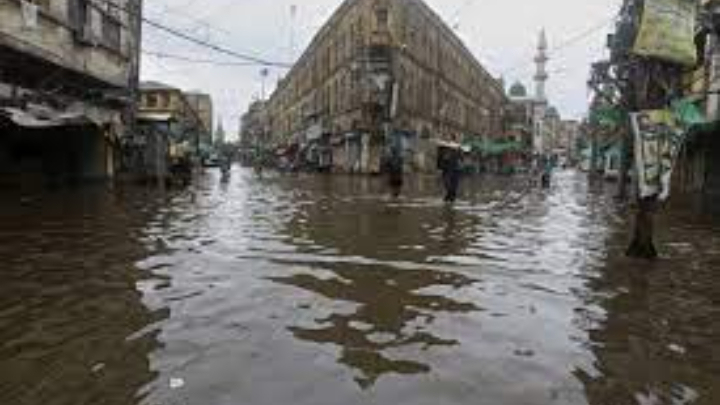 Pakistan’s government has appealed for international help to tackle a flooding emergency that has killed more than 1,000 people and threatens to leave a third of the country – an area roughly the size of Britain – underwater.

“Going forward, I would expect not only the International Monetary Fund, but the international community and international agencies to truly grasp the level of devastation,” he said.

“I haven’t seen destruction of this scale, I find it very difficult to put into words ... it is overwhelming,” he said. Many crops that provided much of the population’s livelihoods had been wiped out, he added.

“Obviously this will have an effect on the overall economic situation,” he said.

The south Asian nation is facing high inflation, a depreciating currency and a current account deficit, and Bhutto-Zardari said he hoped the flooding emergency would persuade the IMF’s board this week to release $1.2bn as part of the seventh and eighth tranches of Pakistan’s bailout programme.

The first foreign aid was beginning to trickle into Pakistan on Monday on flights from Turkey and UAE – the start of a huge relief operation to alleviate a disaster that has affected around 33 million people and left swathes of the country inundated.

At least 1,061 people have now died in the deluges and that toll is set to rise further, with many communities in the mountainous northern regions cut off by flood-swollen rivers that washed away roads and bridges.

The army’s helicopters were struggling to pluck people to safety in the north, where steep hills and valleys make for treacherous flying conditions.

Many rivers in the area – a picturesque tourist destination – have burst their banks, demolishing scores of buildings, including a 150-room hotel that crumbled into a raging torrent.

It came as the country’s climate minister warned that one-third of Pakistan could be underwater by the time this year’s “monster monsoon” recedes.

Sherry Rehman, a Pakistan senator and federal minister for climate change, said on Sunday the country was “at ground zero of the frontline of extreme weather events”.

“We could well have one fourth or one-third of Pakistan under water,” she said, adding that the country was experiencing a “serious climate catastrophe, one of the hardest in the decade”.

“We are at the moment at the ground zero of the frontline of extreme weather events, in an unrelenting cascade of heatwaves, forest fires, flash floods, multiple glacial lake outbursts, flood events and now the monster monsoon of the decade is wreaking non-stop havoc throughout the country,” she said.

Rehman said on Sunday that the warming climate was causing glaciers in mountainous northern regions to melt faster than normal, exacerbating the impact of the heavy rain. Pakistan has more glaciers – 7,532 – than anywhere outside the polar regions.

It makes Pakistan one of the countries most exposed to climate change-related weather extremes, said Simon Bradshaw of the Climate Council of Australia, and was suffering from a “series of weather disasters such as drought and flooding”. 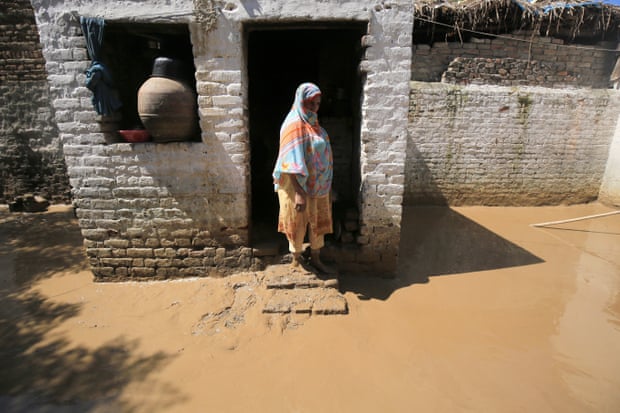 The extreme weather, which has also affected China, Europe and the US in the northern hemisphere summer, was becoming harder to predict as the warming atmosphere produced more volatile events, he said.

It was important for developed countries to do more to reduce their dependency on fossil fuels, Bradshaw said. “Typically, countries that contribute the least to the problem of warming such as Pakistan are the ones that pay the biggest price in terms of weather disasters.”

Flooding from the Swat river over the weekend affected north-western Khyber Pakhtunkhwa province, where tens of thousands of people especially in the Charsadda and Nowshehra districts have been evacuated from their homes to relief camps set up in government buildings. Many have also taken shelter on roadsides, said Kamran Bangash, a spokesperson for the provincial government.

Bangash said 180,000 people had been evacuated from Charsadda, and 150,000 from Nowshehra district villages.

The unprecedented monsoon season has affected all four of the country’s provinces. Nearly 300,000 homes have been destroyed, numerous roads rendered impassable and electricity outages have been widespread, affecting more than 33 million people – one in seven Pakistanis.

Pakistan’s prime minister, Shehbaz Sharif, pleaded for help in a visit to badly hit Balochistan province. “I have never seen such flood in my personal and professional life. All four corners of Pakistan are under water. I request people to come ahead and help.”

Sharif was briefed during his visit to Jaffarabad district in Balochistan that at least 75% of the province, Pakistan’s least developed but which accounts for half of its land area, around 350,000 sq km (135,000 sq miles), was affected by the flooding. Overall, Pakistan covers almost 800,000 sq km.

The government has deployed soldiers to help civilian authorities in rescue and relief operations across the country. The Pakistani army also said in a statement it airlifted 22 tourists trapped in a valley in the north to safety.