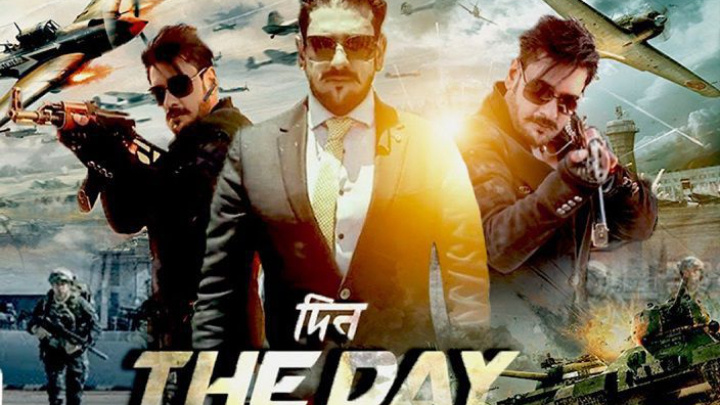 The much-talked-about Ananta Jalil-starrer film "Din: The Day" is again in talks as director of the film Morteza Atashzamzam on Monday revealed the actual budget of the movie.

As opposed to Ananta Jalil’s previously claimed budget of more than Tk 1 billion, the actual amount is not even close to the aforementioned budget, reports UNB.

Iranian filmmaker Morteza recently accused Ananta Jalil of violating the movie's agreement via a post on his Instagram handle.

And as promised during his initial criticism of Ananta Jalil, the filmmaker has now come forward with a post on his Instagram to "reveal" the budget of "Din: The Day," which is USD 500,000.

This stands around 40 million, when converted in taka and that is nowhere near the over a billion budget, earlier claimed by Ananta Jalil throughout the film’s promotion.

The director claimed, Ananta was required to invest the entire amount for the movie in accordance with the previously signed contract between the parties.

And the contract stated, Ananta would receive 85 per cent of the movie's earnings as an investor while Morteza would gain 15 per cent as the producer.

Sharing pictures of the signed agreement, showing that Ananta Jalil would pay for the budget of USD 500,000 in total six installments as the first party, Morteza stated that the film was supposed to be released within 8 months of the contract signing. And, the contract was signed on 18 October, 2018.

Morteza stated, the actor's irresponsibility caused the film's overall shooting costs to go up, and he stopped filming because Ananta failed to pay the team in a timely manner.

However, the filmmaker began filming after speaking with a few well-wishers and being guaranteed by Ananta that all outstanding debts would be paid.

Following that, Ananta only compensated him with USD 24,000 instead of the promised USD 200,000. According to the Iranian director, Ananta would always cite COVID and "business loss" as his excuses whenever Morteza requested further payments.

The filmmaker, showcasing all the documents, asked in the post, "How can Ananta make the claim that the budget of the film is around USD 10 million when he didn't even pay the contractually obligated amount of USD 500,000, as per our 2018 contract, to our Iranian team?"

The movie script kept constantly changing because, according to the director, both the parties could not agree upon it.

“Ananta frequently and unprofessionally ruined my interpretation of the story under the justification that he knew the Bangladeshi audience and their demand better than I did, and I had to believe him as 85 per cent of the film is made in the Bangladeshi context,” Morteza alleged.

A breach of contract has been specifically pointed out by the director, as he mentioned that the storyline was shifted from IS and terrorism of the extremists to the drug smugglings and mafia curtails while the setting of the film was shifted from Lebanon and Syria to Afghanistan and Turkey.

“We allegedly found that he even shot a portion of the film in Turkey while addressing himself as the producer and director, and also filmed Turkish dance with women in such a way that was a clear violation of our contract, which made me realise that he does not respect the laws of neither of the countries (Bangladesh and Iran). This also made me realise that directing this film is the biggest mistake of my life,” Morteza added.

In response to all these allegations, Ananta Jalil did not issue any official statement yet but verbally told the media that he is suspecting a deep conspiracy against him. “The director cannot write in Bangla, so it is clear that someone is misleading him from the country and I will share my response after talking to him,” Ananta said.