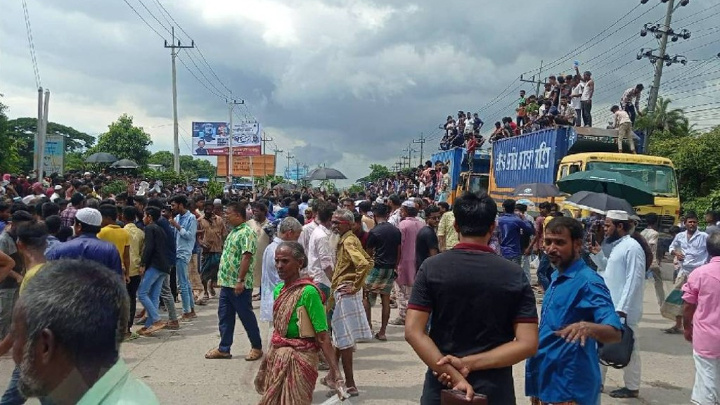 Vehicular movement on Dhaka-Chittagong highway remained suspended since Tuesday noon as several hundred residents of Jangal Salimpur in Sitakunda Upazila in Chittagong blocked the highway protesting an eviction drive by the local administration.

The residents gathered at Bangla Bazar in Fouzdarhat area of the highway around 12:30 pm, halting vehicular movement on the busy highway.

The local administration has snapped the electricity and water connections at Jangal Salimpur to evict the illegal occupants.

Earlier in the day, police foiled their bid to block Bayezid-Fouzdathat road in the morning.

Deputy commissioner Mohammad Maminur Rahman, said the government has recently taken an initiative to rehabilitate 15,000 residents in the area and construct a number of government structures.
The government also took a plan to relocate the Chittagong Central Jail to Salimpur khas land, construct sports village, cricket stadium, iconic mosque, eco parks and other establishments in the area.

To make the plan a success, the local administration has been conducting an eviction drive for the last one month.
Dhaka Tribune