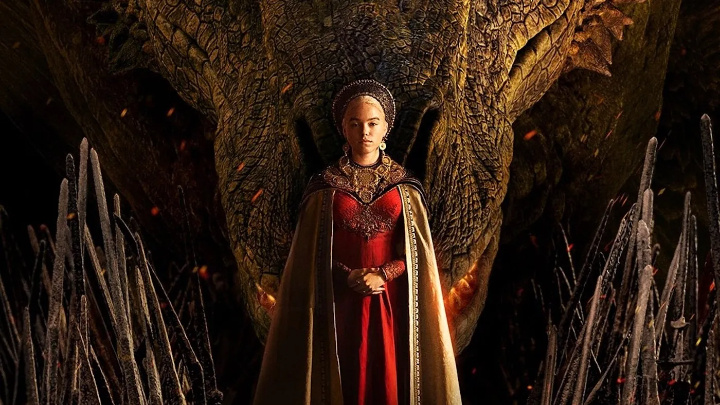 "Fire and blood"—the ancient words of House Targaryen—quite literally ruled the fictional continent of Westeros, long before Ned Stark's much foretold 'winter' sank its icy jaws deep into the Seven Kingdoms. Inspired in parts by the ancient Roman, Egyptian, and Norman civilisations, House Targaryen in the world of A Song of Ice and Fire has been regarded as more mystical than the rest of the noble houses in the fictional world.

I'm sure I speak for all the fans of Martin's works when I say we simply do not acknowledge the existence of the trainwreck that was the 8th and final season of Game of Thrones. Considering how the show ended on such a heartbreakingly disappointing note, it begs the question of whether we ought to have trusted the same network with the responsibility of adapting fan-favorite characters from a beloved series of books for television.

However, the series dug itself into a grave in 2016 soon after its 6th season began airing mainly because showrunners David Benioff and DB Weiss were running out of source material to work with. As Martin himself was still in the process of writing the final two books in the series, the showrunners opted to improvise, taking risks that never paid off.

The most notable difference between the source material for Game of Thrones and that of House of the Dragon (2022) is that the text for the latter isn't a work in progress, as the two final novels in A Song of Ice and Fire series are yet to be released. This difference will undoubtedly make for a very different watching experience. With the shocking finale of Game of Thrones 5th season heavily mirroring Jon Snow's fate in the final chapters of A Dance With Dragons (2011), viewers were left scrambling for fan theories between the books and the forthcoming episodes. The viewers of House of the Dragon won't find themselves in a similar predicament as the events surrounding the second Targaryen Civil War have already been documented in full in Fire & Blood (2018).

The HBO season premiere of the prequel series has already earned glowing reviews from fans and critics alike, although certain unfavorable comparisons have already been made with the original. CNN dubbed the prequel as a "less-addictive" version of the original, while BBC regarded the new show as being heavily grounded in the philosophies of the world of Ice and Fire. Considering the extensive marketing strategies, with the launch of a promotional virtual reality app called 'DracARys', it is almost safe to assume that House of the Dragon is here to fill the hole left behind by the emotionally-distressing final season of Game of Thrones. The premiere episode of HoD, however, makes it clear that it doesn't intend to build a connection to the original series with plot holes and Easter eggs.

House of the Dragon is its own show, expressing its uniqueness by presenting us with moments never seen before in the world of Ice and Fire on television: a crudely-conducted emergency C-section, full-grown dragons being outfitted with functional saddles, a king who expresses his love for his queen with sincerity, and the real Iron Throne as Aegon I the Conqueror had it forged. We're introduced to a different Westeros, a time when the warring houses of Lannister, Stark, and Baratheon dared not dream of occupying the Iron Throne, lest it invoke the wrath of the ruling dragonriders. A time before scheming spiders, venomous sand snakes, and tart-tongued queens of thorns.

Therefore, King's Landing over 130 years following Aegon I's conquest is a significantly prosperous one, with well-constructed streets and jousting arenas, although the city remained more or less the same in spirit as seen in the original series. What the show lacks in terms of diverse and colourful characters, it compensates for with its on-screen depiction of graphic violence. If you thought the combat between Oberyn Martell and Ser Gregor Clegane ended on a particularly gruesome note, you might want to brace yourself for the jousting sequences and watching the Gold Cloaks in action under Prince Daemon's command.

While I would've liked to see a more faithful and extensive adaptation of the Targaryen history on television—granted, only one episode has been released so far and more shows are in the pipeline—I do appreciate the efforts made by showrunners Ryan Condal, Miguel Sapochnik, and George RR Martin himself, to break new grounds of their own. The Targaryen history is set to be explored through better fleshed-out relationships between characters, which the audience can glimpse through the brief portrayal of King Viserys I and Queen Aemma's affections towards each other, and Princess Rhaenyra and Lady Alicent's friendly bond as each other's childhood companions. Wholesome scenes, such as Rhaenyra and Alicent studying together for an upcoming examination and the king and queen having a heart-to-heart over their shared grief, are welcome additions that aren't found in the original text, but do succeed in balancing out the blood and gore, and the trademark overwhelming sense of moral ambiguity that the world of Ice and Fire is known for.

Having read the book and watched the first episode of its television adaptation, I can confidently state that the history of House Targaryen is in good hands for now.