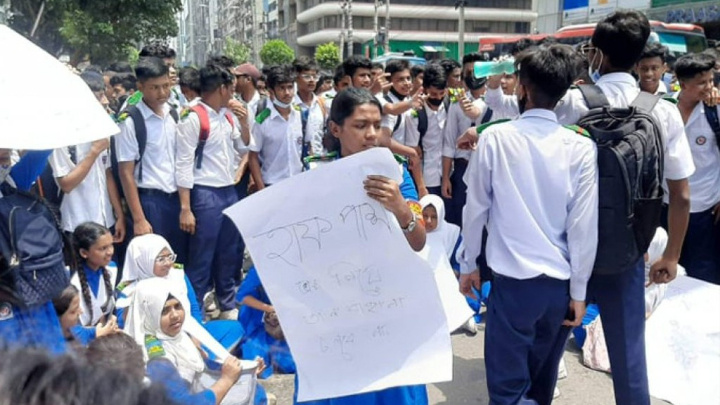 School students have blocked the Gulshan-2 and Banani roads demanding that they be allowed to pay student fares in the circular buses.

He said that they have contacted the teachers of the school who are at the spot now.

Students allege that despite thousands of students commuting in these circular buses, on the Gulshan-Banani-Notunbazar road, they are not given the student fare facilities.

Moreover, no other buses other than the Gulshan Chaka and Dhaka Chaka run on the road and they charge Tk30 for a 2.5km commute.

On Monday, they announced demonstrations and took position on the road protesting the fares.
Dhaka Tribune