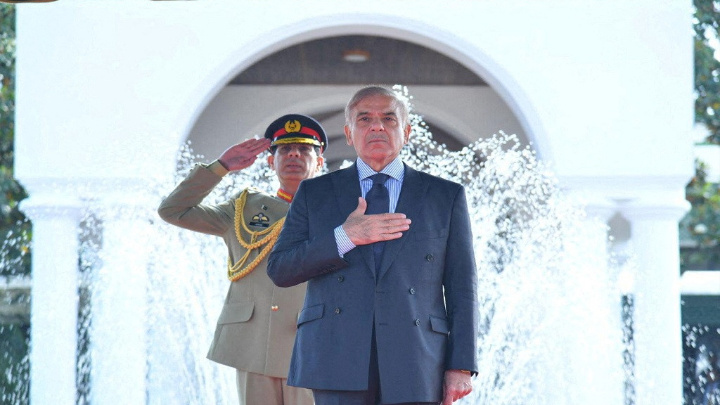 Pakistan Prime Minister Shehbaz Sharif travelled to Qatar on Tuesday in the hope of generating trade and investment for his cash-strapped country, his office and aides said.

"I will highlight the exciting investment opportunities in Pakistan's various sectors such as renewable energy, food security, industrial and infrastructure development, tourism and hospitality," Sharif said in a statement before setting off.

The South Asian country of 220 million people is in economic turmoil with a balance of payment crises as its foreign reserves have fallen to as low as $7.8 billion, hardly enough for more than a month of imports, a widening current account deficit, a historic depreciation of the rupee against the US dollar and 24.9% inflation posted in July.

The visit is coming ahead of an International Monetary Fund meeting next week that is expected to approve a $1.2 billion tranche of lending, which has been stalled since the beginning of the year.

Sharif's office did not give details of his agenda but two sources close to him said he was expected to offer Qatar shares in state-owned enterprises, like the loss-making Pakistan International Airlines and its Roosevelt Hotel in New York.

He was also expected to offer the opportunity to manage Pakistan's airports and hoped to secure energy deals, they said.
Pakistan, a major importer of liquefied natural gas (LNG) from Qatar, also hoped to seek a deferred payment plan for the LNG bought under long term deals.

Pakistan has two long-term LNG supply deals with Qatar to provide for up to nine cargoes a month.

"We will surely seek any facility of deferred payments on our LNG deals," an aide to Sharif told Reuters, adding that Pakistan was also seeking support for its foreign reserves to the tune of $2 billion.

Sharif's cabinet on Monday approved a draft agreement that allows the government to provide troops for security at the FIFA soccer World Cup in Qatar this year.
Dhaka Tribune