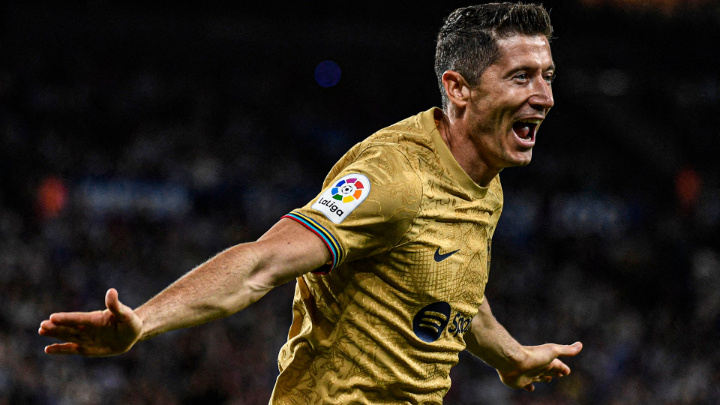 Robert Lewandowski scored his first goal for Barcelona since his close-season move from Bayern Munich in the opening minute of their La Liga game at Real Sociedad on Sunday.

Lewandowski scored 344 goals during a trophy-laden eight-year spell at Bayern before leaving for 45 million euros in July.