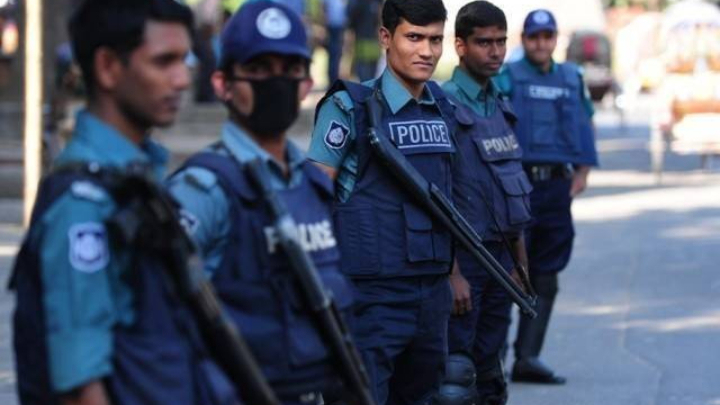 Three Chittagong Metropolitan Police (CMP) constables have been withdrawn for reportedly torturing two children by tying them to a pole and shaving their heads.

The accused are Md Mazhar, Md Mehdi, and Mo Ehsan.

The authorities formed a probe committee to look into the incident.

According to locals, three police constables tied the two children to an iron pole and tortured them on a charge of theft in the port city's Lalkhan Bazar area on Friday afternoon.

The 13-year-old victims live with their family in Motijharna area of city’s Lalkhan Bazar.
According to the victims’ families, on Friday afternoon, someone threw some stones at Tajul, the security guard of the nearby Magistrate Colony, and fled. Several incidents of thefts were reported in the area recently. Keeping that in mind, the three on-duty constables chased the duo from under the bridge next to Lalkhan Bazar Government Primary School and detained them.

They were both tied up and taken to Jilapi Hill, which is adjacent to Lalkhan Bazar. They were beaten and tied to an iron pole on the hill. The police later returned them both home.

On Saturday night, a video of the two children being beaten and tied to poles on the hill went viral on social media.The family claimed the two children were innocent of the theft charges brought against them.

One of the victims' mothers said: “We don't know anything about the incident, the police brought my son home. When I asked my son, he said there were five of them sitting there. The cops detained them because another boy was throwing stones.

ADC Shahadat Hossain Rasel said: "On the day of the incident, these three policemen from the city's Mansurabad police line were on duty under the Khulshi police station in the Magistrate Colony area."After the matter came to light, the three constables were relieved of their duties by the commissioner. If the allegations are found to be true during the investigation, they will face departmental punishment, he added.