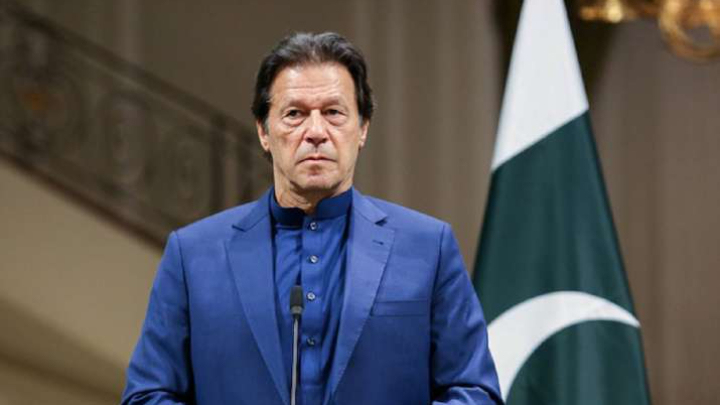 Pakistan’s media watchdog - the Pakistan Electronic Media Regulatory Authority or PEMRA - has barred TV channels from broadcasting live the speeches of former prime minister Imran Khan, local media has reported. The action came after the cricketer-turned-politician - who has been attacking the Shehbaz Sharif government ever since his party lost power earlier this year - on Saturday slammed the police, bureaucracy and the Election Commission, and threatened to file cases against them.

The threat was over the arrest of his aide Shahbaz Gill, who was held last week. "It has been observed that Mr Imran Khan, Chairman Pakistan Tehreek-e-Insaf, in his speeches/statements is continuously alleging state institutions by levelling baseless allegations and spreading hate speech through his provocative statements against state institutions and officers which is prejudicial to the maintenance of law and order and is likely to disturb public peace and tranquility," the regulatory body stated, news agency PTI reported.

Underlining that the speeches were in violation of the “Article 19 of the Constitution of Pakistan and against the code of conduct for media,” the watchdog said it “prohibits broadcast of live speech of Imran Khan on all satellite TV channels with immediate effect.”

According to Pak-based Geo News, several political parties - PML-N, PPP, MQM Pakistan and JUI-F - have called on the judiciary for action against Khan over alleged threat to a female judicial officer and intimidation to cops. The comments were made against Additional District and Sessions Judge Zeba Chaudhry who had approved Mr Gill’s two-day physical remand, as per the report by the Pak daily Dawn.

Khan reportedly also said during the rally that he would move the Supreme Court against the treatment meted out to Gill. He also alleged bias against his party. The rally was held to mark solidarity with Gill.
Hindustan Times