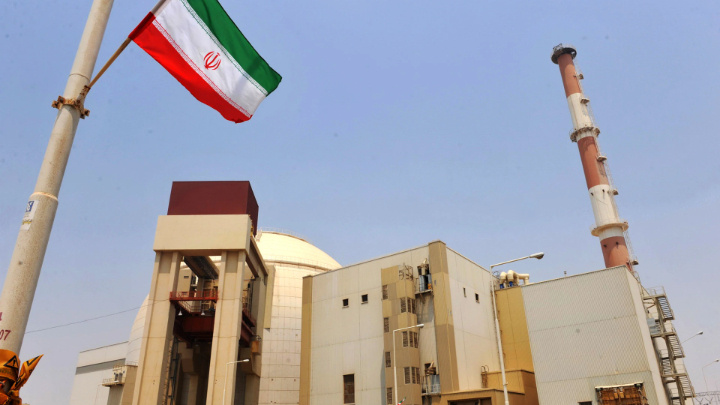 A European proposal to revive the nuclear agreement between Western countries and Iran is imminent and includes the release of billions of dollars in frozen Iranian funds and oil exports in return for the scaling back of its nuclear programme.

The new deal will be carried out in four phases over two 60-day periods, sources with knowledge of the proposed agreement told Al Jazeera Arabic.

Iran recently voiced optimism about an agreement on a renewed version of the 2015 nuclear deal with the United States and other foreign powers, formally called the Joint Comprehensive Plan of Action (JCPOA).

Iran's negotiating team adviser Mohammad Marandi said earlier this week "we're closer than we've been before" to securing a deal and the "remaining issues are not very difficult to resolve".

The European Union's "final text" proposal for the accord, submitted last week, was approved by the US, which says it is ready to quickly seal the agreement if Iran accepts it.

According to sources with knowledge of the matter, the proposal stipulates on the day after the agreement is signed, sanctions on 17 Iranian banks as well as 150 economic institutions will be lifted.

It also says Tehran will immediately begin to reverse the steps it took to advance its nuclear technology, which is now beyond the scope of what the United Nations nuclear watchdog, the International Atomic Energy Agency, and the 2015 deal's original signatories say is acceptable.

Iran's stockpile of enriched uranium is now at 60 percent enrichment, its highest ever and a jump from the 3.67 percent limit set out by the 2015 deal. Enrichment at 90 percent is needed to build a nuclear bomb.

Within 120 days of signing the agreement, Iran will be permitted to export 50 million barrels of oil per day. The deal also includes the release of $7bn of Iran's funds, which are currently being held in South Korea, the sources said, speaking on the condition of anonymity.

The US will have to pay a fine in the event it withdraws from the nuclear agreement again, as it did under the administration of former President Donald Trump in 2018, according to the sources.

With a revived nuclear deal, the US and the deal's other signatories – France, the United Kingdom, Germany, China and Russia, known collectively as the P5+1 – aim to contain the nuclear programme and prevent what many warn could be a nuclear weapons crisis in the Middle East.

One of the main sticking points to reviving a deal appears to be a safeguards inquiry into Iran's nuclear programme by the IAEA, which Tehran wants closed for good before the JCPOA is restored.

The nuclear watchdog has demanded more cooperation on traces of man-made nuclear particles found at several Iranian sites years ago, saying that is the only way the inquiry could be terminated.

Another factor is the US designation of Iran's elite military force, the Islamic Revolutionary Guard Corps (IRGC), as a "foreign terrorist organisation". The US appears reluctant to meet Tehran's demand to remove the IRGC from the blacklist to seal the deal.