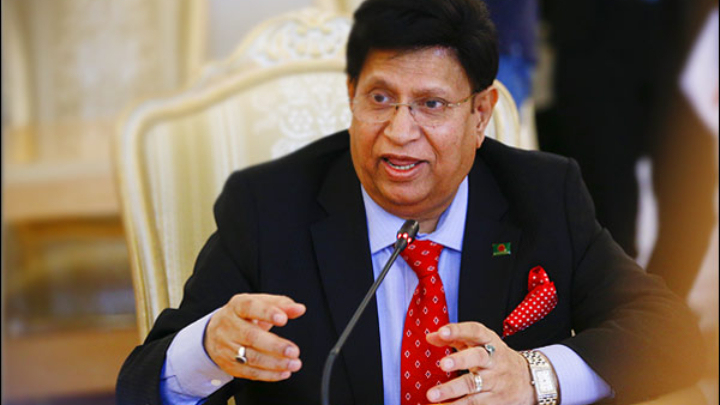 Foreign minister AK Abdul Momen’s request to India to do all that is necessary to keep Sheikh Hasina’s government in power, has perturbed India too, according to Indian experts on international relations and the country’s former diplomats. They say that his remarks were both degrading for Bangladesh and demeaning to India.

The Indian foreign ministry had not issued any official statement regarding Momen’s remarks, but sources in the ministry say that Momen’s comments were embarrassing and perturbing for India.

While attending a Janashthami event in Chattogram on Thursday, foreign minister AK Abdul Momen said. “I went to India and said Sheikh Hasina must be kept in power.”

Speaking to Prothom Alo on Saturday, a source of the Indian foreign ministry said that they apprehended that this statement would instigate anew the anti-Indian forces within Bangladesh. This was absolutely unwarranted in the relations between the two countries.

He also said that the government of both the countries had to proceed ahead through a lot of adversities. Such needless remarks would simply complicate an already difficult situation.

Terming Momen’s remark as “unbelievable”, former Indian high commissioner to Bangladesh Deb Mukherjee said, “It cannot be the responsibility of any other country to keep the government of another democratic country in power. Neither it is possible. Which government will stay in power or not in Bangladesh, is completely up to the people of that country. They have to take the decision. And so the foreign minister’s comment is degrading and insulting.”

This veteran diplomat went on to say, “The explanation later offered by the foreign minister highlighted the positive aspects of the relations between the two countries. Stability, durability and sincerity in mutual relations are reassuring for both countries. But requesting to do anything possible to keep the government in power is humiliating and disrespectful for both countries.”

Alok Bansal, director of India Foundation, the research organisation on Indian domestic and foreign policy, however, looks at the matter from a different angle.

Speaking to Prothom Alo, he said, “Momen’s remark must be viewed from an overall perspective. The context of his remark must be taken into consideration. One must take into account the Sri Lanka events. I feel that he wanted to say that India will stay beside Bangladesh in any crisis.”

Alok Bansal went on to say, “Needless to say, Sheikh Hasina is a powerful progressive leader. She has taken Bangladesh to where it stands today. India stands strongly by her side. They are tackling all crises together. Momen was most likely pointing to the need for this stability in relationship. Sheikh Hasina remaining in power is beneficial for the entire subcontinent.”

Speaking to Prothom Alo, this observer and researcher on India-Bangladesh relations, said, “Perhaps the foreign minister wanted to point out that overall work and development has been carried out well under the Awami League government. Relations with India have improved too. Trust has replaced mistrust. Both countries need a continuity of this relationship. That is possibly what Momen wanted to say.”

Even so, Sreeradha Datta added, “Not just India, but no country can make a party win or lose in the election of any other country. It is the people of Bangladesh who decide who will win in the election or who will lose. They are in control. I feel that is what he was meaning when he made the remark.”

However, Indrani Bagchi, CEO of India’s Ananta Centre that deals with foreign policy, felt that the foreign minister’s remarks were shockingly ridiculous.

She told Prothom Alo, “Unlike China, India does not have a record of interfering in the elections of other countries. Everyone knows how China has interfered in the elections of countries like Sri Lanka, Maldives and Nepal. India has never done any such thing in any country and will not do so either. Just as India does not tolerate the interference of other countries in its own affairs, it does not bother about the internal affairs of other countries. And India always gives recognition to elected governments. India will keep up relations with whichever government the people of Bangladesh elect.”

Indrani also said, “The foreign minister has disgraced his own country by making such a shockingly ridiculous statement. He had also made India’s image questionable to the opposition.”
Prothom Alo