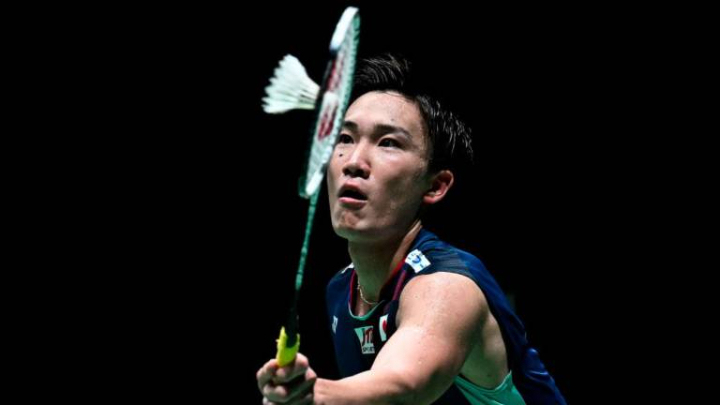 Struggling former badminton world number one Kento Momota said Sunday that he still feels "a lot of unease" as he bids to reclaim his world title next week in Tokyo.

Japan's Momota, once the sport's undisputed king, has seen his career descend into free fall since a car crash more than two years ago which left him badly hurt.

The 27-year-old has been in dismal form this year, losing in the first round of four of the seven singles tournaments he has entered.

But he is hoping that home support in Tokyo can help him upset the odds and claim a third title when the world championships begin on Monday.

"I'm not feeling so bad in practice but I'm not managing to perform in games so there is still a lot of unease," Momota told reporters, adding that his confidence is returning "little by little".

"It's been a long time since I played in front of Japanese fans and I want to feel their support and enjoy playing in front of them."

Momota's world was turned upside down in January 2020 when the vehicle taking him to Kuala Lumpur airport crashed hours after he won the Malaysia Masters, killing the driver and leaving the player with a fractured eye socket.

He has been a shadow of his imperious former self since then and he said Sunday that his goal is to "focus on myself and play my best".

"I'm feeling not so bad, although there is still a little bit of tiredness there," he said.

"I need to listen to my body when I go into games."

Momota is now ranked number two in the world having been replaced at the top by Denmark's Viktor Axelsen.

Olympic champion Axelsen will be the hot favourite to capture a second world title in Tokyo, having lost only one men's singles match on court on tour this season.

Axelsen switched coaches on the eve of the competition and he believes he has "a good chance of doing really well here".

"When you have won many tournaments, you believe that you can also win this one," said the 28-year-old, who claimed his previous world title in 2017.

"I believe in myself but I also know that there are many strong competitors and every single day I have to be fully focussed."

Malaysia's Lee Zii Jia is also expected to offer a strong challenge and he would become his country's first-ever badminton world champion if he were to win the title.

Reigning world champion Loh Kean Yew of Singapore will attempt to defend his 2021 title while China's Shi Yuqi is back in action after serving a ban by the Chinese Badminton Association.

Shi, a world finalist in 2018, retired on match point during a 2021 match against Momota and was then banned for making "inappropriate comments" about his withdrawal.

Chinese state media said Shi was "very excited to return to the court" after 10 months out.

"I have never been out of practice in the past 10 months. I think I am still in good form," he was quoted as saying.

On the women's side, Japan's Ayane Yamaguchi will attempt to retain her crown while Spain's Carolina Marin is looking for a record fourth world title.
BSS