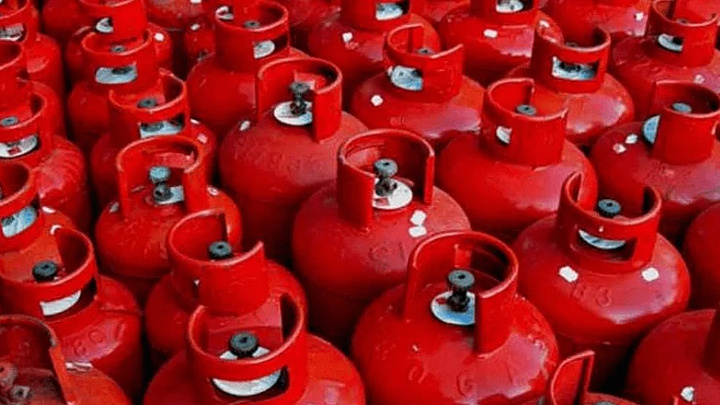 Sahana Sattar, a resident of capital’s Kalyanpur area was cooking when the gas cylinder ran out suddenly. She phoned the shop she regularly buys cylinder from. The trader asked Tk 1,500 for a 12-kg cylinder.

Though the trader asked Tk 280 more than the government-fixed price, Sahana was compelled to buy the new cylinder in that price. This is an incident from this Friday.

Sahana Sattar said to Prothom Alo, “I told the seller about the rate the government has fixed. He said that the price is on papers only. He claimed that they buy cylinders at a higher price now. I had to pay Tk 150 more than the price the government fixed in the last month as well.”

The government fixes the price of Liquefied Petroleum Gas (LPG) at the consumer level every month. Bangladesh Energy Regulatory Commission (BERC) announced the new price of LPG for this month on 2 August. The price for 12-kg cylinder of LPG was set at Tk 1,219 whereas it sold for Tk 1,254 last month.

However, talking to customers and sellers of capital’s Mirpur-12, Bhashantek, Kalyanpur and Dakkhinkhan areas it has been learnt that each of the 12-kg cylinder are costing Tk 150 to 280 more than the price the government has set. The cylinder prices also varies based on brands.

Imran Hossain, owner of Green House Enterprise, an LPG cylinder shop in capital’s South Pirerbag Amtola area said to Prothom Alo, “The transportation cost has gone up due to the diesel price hike. Dealers are being compelled to buy cylinders at higher prices from the companies. Every day there are rows with the customers over the price.”

Md Foysal of Cylinder Point, a shop at Mirpur-12 said, “Usually an additional Tk 50 is charged in case of home delivery. However, the situation this time is different. The companies themselves are charging extra on excuse of gas crisis. The transportation cost went up too for the diesel price hike.”

Propane and Butane, the main components of LPG production are imported from different countries. Saudi Arabian oil company Aramco announces the prices of these two LPG elements every month. These prices are commonly known as the Saudi Contract Price (CP).

Bangladesh Energy Regulatory Commission (BERC) adjusts LPG price in the country considering this Saudi CP as the price at source. On 12 April last year, this agency fixed the price of LPG in the country for the first time. The price is being adjusted every month since then.

LPG supplying companies say there are quite a few logical reasons behind not being able to sell LPG at the government announced price. BERC calculated the dollar price at Tk 98 in LC settlement while fixing LPG price. In reality, dollars cost Tk 108 in the LC.

Besides, BERC counted diesel price at Tk 65 per liter while calculating the transportation cost. But, in actuality diesel is selling at Tk 114 now. Mentioning several other reasons the companies have sent BERC a letter for fixing the LPG price logically.

Jakaria Jalal, head of sales division at Bashundhara LPG informed Prothom Alo that they are failing to sell LPG at the government announced price.

He questioned why are they failing now if sales was possible at the fixed price in past one year?

He added surely, the businessmen don’t want be harassed by selling LPG going beyond the regulations. Moreover, there is no hearing on the reasons mentioned while requesting BERC to logically raise LPG price.

Providing gas connection to the household has remained stopped for more than a decade now. In the meantime, along with people’s living standards their per capita income has increased too.

As a result, people inclined towards LPG as an eco-friendly fuel. LPG has replaced the earthen ovens in the rural kitchens. Despite there being a rise in the demand, there is discontent among buyers and sellers both over the price.

On the issue of LPG not selling at the fixed price, BERC member (gas) Maqbul-E-Elahi Chowdhury said it cannot be claimed that LPG sells at the exact price BERC fixes across the country.

But, consumers too have a lot of responsibility. Consumers are reluctant to take receipts from the sellers but they must collect receipts. Distributing companies charge extra in the name of home delivery, he added.

The picture is the same outside of Dhaka, in Tangail, Dinajpur and Madaripur. As per the information the correspondents and staff correspondents of Prothom Alo sent from those areas, 12-kg LPG cylinders are being sold at a higher price than the government-fixed price there as well.

Selina Akhter, a resident of Munshipara area in Dinajpur district town bought a 12-kg LPG cylinder on Friday morning. The seller charged her Tk 1,400 for that but she was forced to buy it for that price as she had no alternative.

Saidur Byapari, an LPG trader of Madaripur municipality said to Prothom Alo, “A 12-kg LPG cylinder is being sold at Tk 1,380-1,400. The price is higher due to supply crisis.”

He said to Prothom Alo that the companies have been given license to distribute LPG. They are bound to comply with the price fixed by the authority. Failing to do so is a punishable offense in the criminal court. BERC had been asked to take action against the companies before, but they didn’t.
Prothom Alo