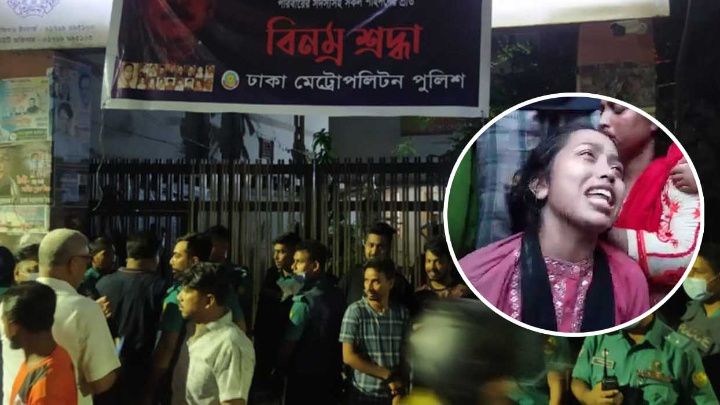 A man died in custody in Hatirjheel Police Station earlier today, hours after he was detained from Dhaka's Rampura area for the alleged theft of Tk 53 lakh from a company.

Police, however, claimed that the man, Sumon Sheikh (25), died by suicide in custody but family claimed that he was beaten to death.

Police also seized Tk 3 lakh from Sumon's house yesterday after conducting a raid there. During primary interrogation, Sumon admitted to his involvement in the theft, said the police official.

Sub-Inspector (SI) Hemayet Hossain and Constable Zakaria of the police station were suspended for negligence in duty, said the deputy commissioner.

The committee has been asked to submit the report within seven working days.

Sumon's body has been sent to Suhrawardy Medical College Hospital for autopsy, he said.

Meanwhile, sumon's relatives and locals demonstrated for several hours in front of the police station, claiming that he was beaten to death.

Sumon's wife Jannat Begum told The Daily Star, "At 8:30 pm yesterday, some people came and picked up my husband. They said there were allegations against him. But they didn't say what the allegations were."

"My husband was beaten to death. I want justice for him. We want the policemen involved in the incident punished," she said.

According to the family, Sumon used to deliver goods for a company in Dhaka.