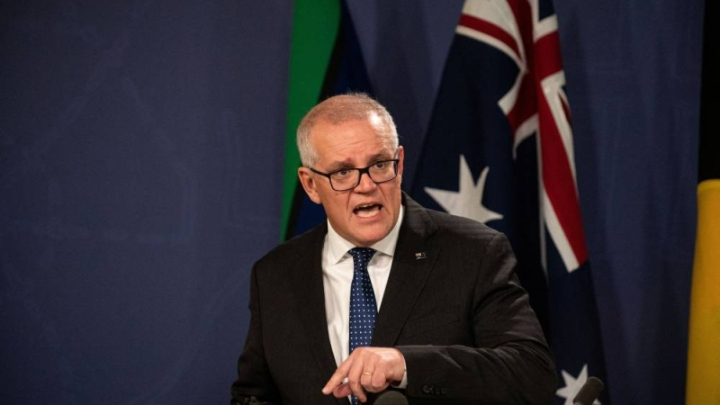 Australian Prime Minister Anthony Albanese on Sunday said his government could consider an inquiry into former Prime Minister Scott Morrison being secretly sworn into key ministries during the coronavirus pandemic.

Morrison, who stepped down as leader of the Liberal Party after losing a general election in May, was secretly sworn in to five key ministries during the pandemic, which represented an unprecedented assumption of powers, it emerged this week.

The action has drawn criticism from the Labor government and Morrison's own party, but the former prime minister has defended the moves on the basis that he felt responsibility for the nation in the pandemic was his alone.

On Sunday, Albanese said the government would receive advice on Monday from the Solicitor General, the country's second highest law officer, on the legality of Morrison's actions.

Albanese indicated the government would also consider an inquiry and reforms to ensure the actions could not be repeated.

"We'll examine all of those issues after we receive the Solicitor General's advice. I am running a proper cabinet government, that has proper processes, and we'll give full consideration to it," Albanese told Sky News television.

He said while the Solicitor General would advise on legal issues, there also were broader issues that needed to be probed.

"There's separate questions about the functioning of our democracy, about conventions and whether any conventions have been overturned, and whether there's a need for any reforms required to ensure that something like this can never happen again," the prime minister said.

Albanese has previously said Morrison had attacked the Westminster system of government by secretly appointing himself to the portfolios, which included home affairs, treasury, health, finance and resources between 2020 and 2021.

Morrison has said he did not "take over" the ministries, after being sworn in by the governor general, and no ministers were interfered with except on one occasion, where he rejected a resources project.
Hindustan Times