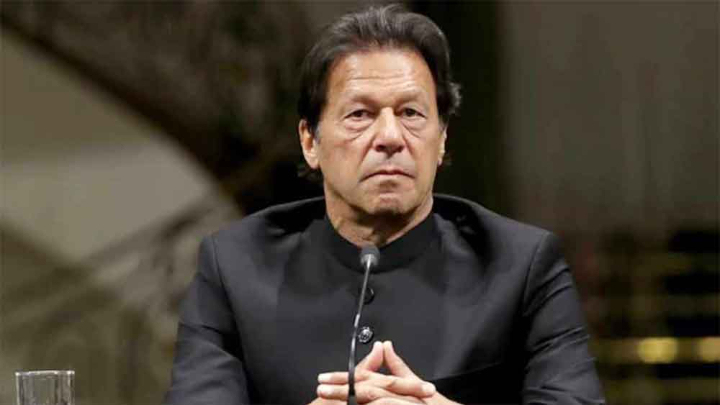 The Pakistan Tehreek-e-Insaf (PTI) chief ignored the second notice issued by the Federal Investigation Agency (FIA) on Friday. Khan also refused to appear before the investigation team after the first notice was issued last Wednesday (August 10), a report in The News said.

“The final decision to arrest Imran Khan could be taken after issuing three notices,” the report said, quoting highly-placed sources in the agency.

The FIA traced five more companies, operating in the United States, Australia, Canada, Britain and Belgium, that have been funding his party and were not mentioned in the reports submitted to the Election Commission of Pakistan (ECP), the News said, quoting sources.

Khan on Wednesday told the FIA to take back the notice sent to him in the case in two days or face legal action.

“Neither am I liable to answer to you nor is it liable on me to provide information to you. If notice is not taken back in two days, then I will take legal action against you,” he said in a written response to the agency.

“The FIA committee has collected enough evidence to prove Imran guilty of hiding the factual position from the ECP,” the report said, adding that the third and probably the final notice would be issued next week.

Earlier this month, election commission said Khan’s Pakistan Tehreek-e-Insaf Party received funds against the rules from 34 foreign nationals, including a businesswoman of Indian-origin.

A three-member bench of the election commission issued a show cause notice to Khan’s party in the case.

It also sought an explanation from the party and its chief Khan. The case was filed in November, 2014 by the party’s founding member Akbar S Babar, who is no longer associated with PTI.

The election commission in its verdict issued a notice to the party asking why the funds should not be confiscated, and also said that it was “constrained to hold that Imran Khan failed to discharge his obligations as mandated under the Pakistani statutes”.

Pakistan’s interior minister Rana Sanaullah on Saturday said that Imran Khan’s close aide Shahbaz Gill, who was arrested in a sedition case, has not been subjected to any kind of “abuse”.

“No abuse of any kind occurred. Shahbaz Gill is just faking it. He was not tortured,” the minister told Geo News.

PTI chief Imran Khan had claimed that Gill who was tortured mentally and physically abused. Gill has been in police custody since August 9 when the Islamabad police arrested him in a sedition case after he passed controversial remarks on a private news channel.
Hindustan Times