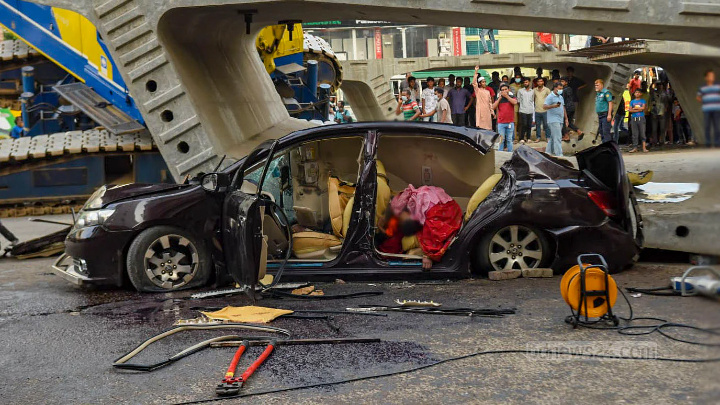 A Supreme Court lawyer today filed a writ petition with the High Court seeking its order on the Bus Rapid Transit (BRT) project to give Tk five crore as compensation to the families of the five persons who were killed after a segment of a box girder of the project fell from a crane on a car in Dhaka's Uttara area on August 15.

Advocate Md Zakaria Khan submitted the petition as a public interest litigation to the HC, requesting it to seek report from the BRT on the steps it has taken to ensure public safety in its project in last five years.

The petitioner also urged the HC to direct the authorities concerned to ensure safety measures in the projects of BRTP.

Petitioner's lawyer ABM Shahjahan Akanda Masum told that the HC may hold hearing on the petition later in the day.

Earlier on Tuesday, another SC lawyer, Sagufta Ahmed, filed a separate writ petition with the HC seeking its order on the government to take appropriate action against those who are responsible for the accident through conducting an inquiry.