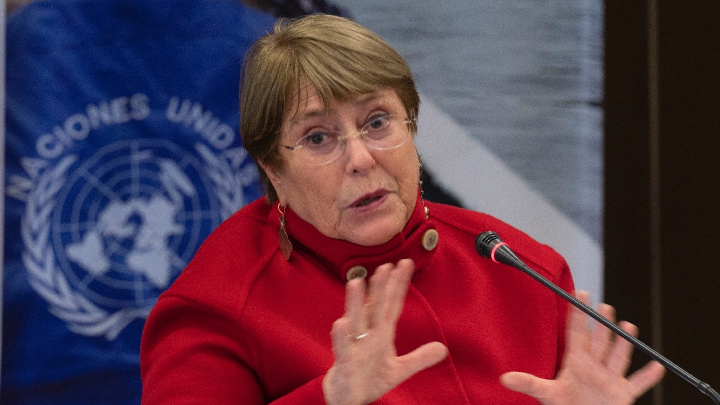 A six-member delegation along with Bachelet reached the Ukhiya Kutupalong camp around 9am.

She visited the refugee registration centre in Kutupalong camp-4 with her delegation in the morning.

She exchanged views with the Rohingya women, youth leaders and religious representatives as well as inspected the operations of the UNHCR, WFP and IOM.

She said that the UN will be prioritizing the human rights of the Rohingyas and repatriation will be voluntary.

She assured them that the UN was in diplomatic dialogues regarding the matter with Myanmar and the international community.

Meanwhile, the Rohingyas informed her that conditions in Myanmar was not yet fit for repatriation.

They said that they will return if their lands are given back and justice is served over the genocides.

She is expected to meet with Refugee, Relief and Repatriation Commissioner Rezwan Hayat and other high officials of the government later in the day.

She met members of the Cabinet as well Foreign Minister AK Abdul Momen on the first day of the visit.

Bachelet, who was elected president of Chile on two occasions (2006-2010 and 2014-2018), is scheduled to meet Prime Minister Sheikh Hasina on Wednesday morning.