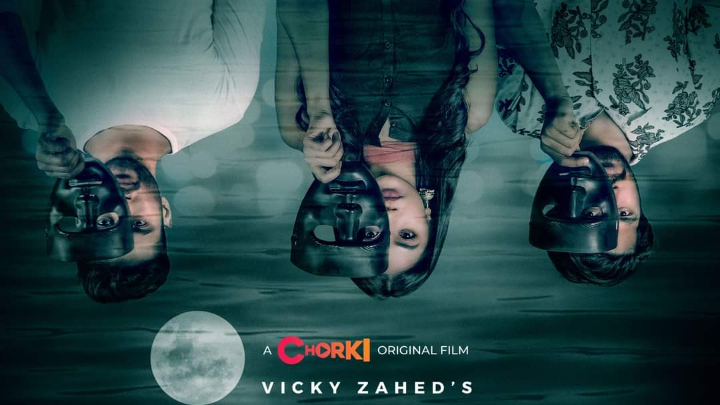 Keeping technical deficiencies aside, "Shuklopokkho" dives into the themes of love, friendship, and mystery. While expectations were set high from the trailer, I was expecting a typical love triangle among three jolly college goers. The chemistry between Manju (Khairul Basar), Humayun (Ziaul Roshan) and Laboni (Sunerah Binte Kamal) diverted my expectations.

Starting from the off-beat chemistry to falling in love randomly, more build-up, especially focusing on the development of their naive emotions, was something I was looking forward to.

While there could be a lot more to Laboni's persona and her presence in the plot, Sunerah seems to do the character justice, as briefed to her. Laboni, despite being a pretty and kind young college student, lacked a certain sparkle in her eyes—the shine that I had anticipated after coming across her character poster.

Roshan manages to hold on to his character of Humayun, throughout the production.

However, Manju's character was the biggest disappointment for me. While the graph of this character seemed derailed, I expected Manju, who is an orphan, to be more prompt as he has to find his own ways of survival. Manju not only lacked the drive to become independent, him breaking down into tears in most scenes expect one, just seemed absurd.

After his performance as 'Jackson Bhai' in "YouTumor", expectations were quite high from Sharif Shiraj, who essayed the character of police officer Kamrul in the project. He pulled of his role with grace and much sincerity, but his best is yet to come.

Coming to the script, I found glimpses of the old Vicky Zahed, who had left a mark in the audiences' mind with productions like "Chirokal Aaj", "Kaikobaad", and "Punorjonmo". I was able to completely forget "Shuklopokkho's" shortcomings due to the effort invested by Zahed in the last 30 minutes of the production. I applaud his effort in showcasing minor details, his use of small clues for the audience and his narrative style when it comes to flashback scenes.

The show was salvaged in the last 30 minutes of the production by Abdullah Al Sentu, who plays the role of Kamal. Starting from brilliant use of body language—especially in scenes he shared with Sunerah and Afran Nisho (Rafsan Haque)—during the climax.

I was teleported to the time when I had just watched Nisho as Rafsan Haque—the same and silent face, with restless eyes, trying to confess to his crimes. Nisho's presence only offered more for thriller-lovers to relish on, especially for fans of "Punorjonmo".

While the cinematography of the production was not something to write home about, the background score—especially during the climax when the plot twist is revealed—is phenomenal. Starting from the close shots, to revealing an unthinkable climax, Shuklopokkho's ending justified the maker's claim of the production being a psychological thriller.