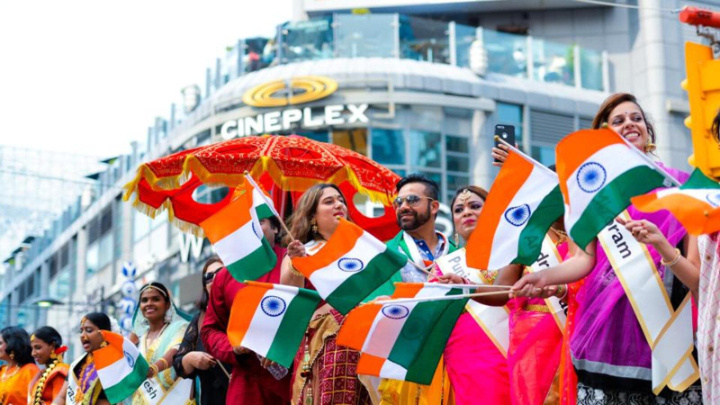 TORONTO: There were widespread celebrations of India’s Independence Day in Canada on Monday as the iconic Niagara Falls was illuminated in the hues of the tricolour and Indigenous representatives joined festivities in British Columbia.

Messages were also sent by the political leadership of the country. Canadian Prime Minister Justin Trudeau said he and his wife Sophie Gregoire Trudeau joined “to celebrate this milestone anniversary”, 75 years after India gained Independence.

“Today, our two countries work closely together in a range of priority areas, including science and technology, finance, and education. We also share common interests in advancing a free and open Indo-Pacific region, fighting climate change, and strengthening global trade. We will continue to strengthen our partnership for the benefit of people in Canada and India,” he added.

Foreign minister Melanie Joly also extended her wishes, pointing to how India and Canada were working “together to progress on science, technology and advancing a free and open Indo-Pacific.”

Minister of National Defence Anita Anand, who is of Indian origin, tweeted, “On this day, we will sing Jana Gana Mana and recognise the enduring contributions of Indo-Canadians to our country.”

Minister of International Trade, Export Promotion, Small Business and Economic Development Mary Ng alluded to the “people-to-people and commercial ties between India and Canada run deep” in her message.

Leader of the opposition Conservative Party Candice Bergen issued a statement in which she noted that since gaining independence in 1947, “India has developed into a global powerhouse and defender of democracy on the world stage, while sharing a special kinship with Canada.”

The Niagara Falls was illuminated late on Monday night to mark the celebrations. The historic Ottawa City Hall was also similarly lit.

Proclamations marking Azadi Ka Amrit Mahotsav were issued in several cities across the country including Victoria and Surrey in British Columbia and Calgary in Alberta.

In British Columbia, members of the Indo-Canadian community took out a Tiranga Yatra car rally from Surrey to the hamlet of Hope, where representatives of the Coast Salish First Nations participated in the celebrations.

While pro-Khalistan groups, including Sikhs for Justice, organised protests outside India’s missions in Ottawa, Toronto and Vancouver, there were no reports of disruption of events at any diplomatic premises.
Hindustan Times