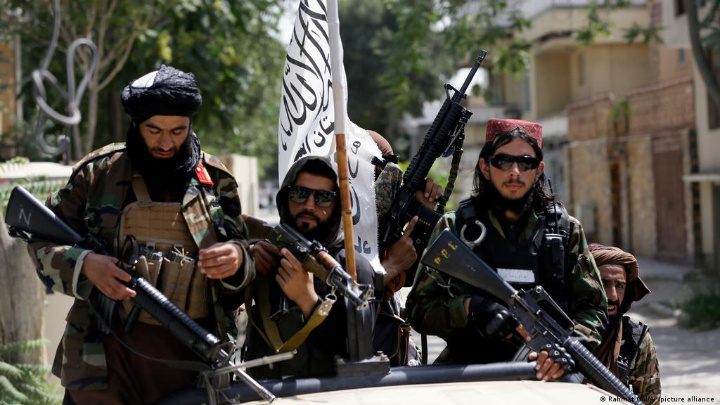 Diplomats of the erstwhile government of Afghanistan on Monday called for a “new and adjusted approach” by the world community towards the Taliban setup, including more coordinated measures to address the dangerous threat posed by foreign terror groups based on Afghan soil.

A statement issued by diplomatic missions of the former Islamic Republic of Afghanistan to mark the first year of the Taliban’s military takeover also called on the international community to exert pressure on the group to form an inclusive and legitimate government.

“Afghanistan’s future will have to include the Taliban, but not be determined and dominated by them,” said the statement issued by missions that continue to be manned by diplomats appointed by the former Ashraf Ghani government. The Afghan embassy in New Delhi is among those missions.

The statement listed seven demands that should be made part of the world’s approach towards the Taliban, who have “rolled back hard-won gains achieved through the joint effort and sacrifice of the people of Afghanistan and the international community since 2001”.

The international community should establish effective engagement at bilateral and multilateral forums to exert pressure on the Taliban to respond to the demands of the Afghan people for a “political process leading to inclusive and legitimate governance”, and work with “committed personalities of integrity who enjoy support from democratic constituencies”.

The world community should also adopt “more coordinated and effective measures to address the dangerous threat emanating from the presence of various foreign terrorist groups, which constitute a major security threat for Afghanistan, our region, and the wider world”, and reinforce the UN travel ban on Taliban leaders concerned as the group has misused exemptions by refusing to engage in any meaningful dialogue.

Humanitarian aid should be enhanced to meet urgent needs of the Afghan people, and there should be more support for preservation of fundamental human rights of the Afghan people, including women, girls, and vulnerable groups. The world community and the UN should seek “pragmatic solutions to the current economic, political and humanitarian crisis in Afghanistan,” the statement said.

The Taliban’s forced takeover of Afghanistan plunged the country into a deep political, humanitarian and human rights crises, and the group has failed to deliver on commitments regarding the fundamental rights of Afghans, inclusive and representative governance, and binding obligations that Afghanistan will not become a safe haven for international terrorism.

“One year on, the Taliban have not only totally failed to deliver on all their commitments but re-enacted draconian policies and directives,” the statement said. Girls have been banned from secondary education and arbitrary detentions, including of women activists, forced disappearances, collective punishment, extrajudicial killings have become “normal practices under Taliban rule”.

A Taliban manifesto released in May rejected any kind of people-based government, and several known international and regional terrorist groups have found a “reinvigorated presence” in Afghanistan. The killing of al-Qaeda leader Ayman al-Zawahiri in Kabul has “affirmed that the Taliban are hosting and sheltering a coterie of foreign terrorist groups” that threaten regional security and stability.
Hindustan Times