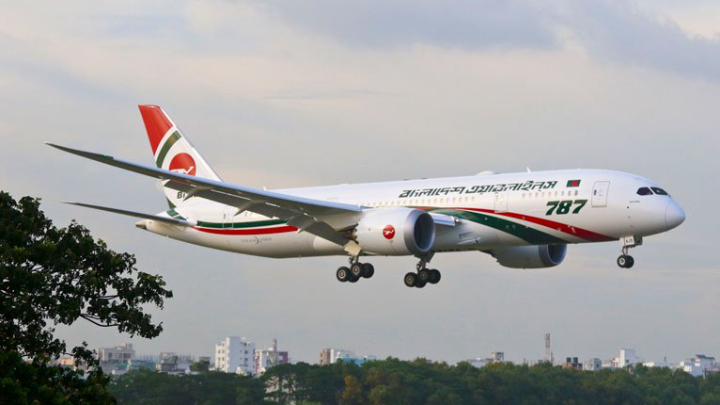 A Biman Bangladesh Airlines dreamliner was damaged when a bird hit the engine of the plane during landing at Sylhet MAG Osmani International Airport on Sunday.

However, he said: “The pilot of the aircraft managed to land safely with around 85 passengers on board."The flight, following its arrival from Dhaka, was scheduled to depart from Sylhet for Manchester at 8:45am. But the incident disrupted the flight schedule on the Manchester route.

“The Biman dreamliner is now under supervision for a repair by an engineering team of the airport,” said Hafiz Ahmed.

He added that another engineering team is now on the way to Sylhet from Dhaka. “Repairs may take up to 30 minutes after they arrive.”According to airport sources, around 297 passengers were supposed to board the flight to go to Manchester.

They are now in the airport where the concerned authority has provided them with food and other services.

However, a Biman insider said the incident occurred due to the failure of the Civil Aviation Authority of Bangladesh (CAAB) as they could not ensure the airport security properly. Earlier on March 7, another plane was damaged when a bird hit the engine of the plane during landing at the Sylhet airport.