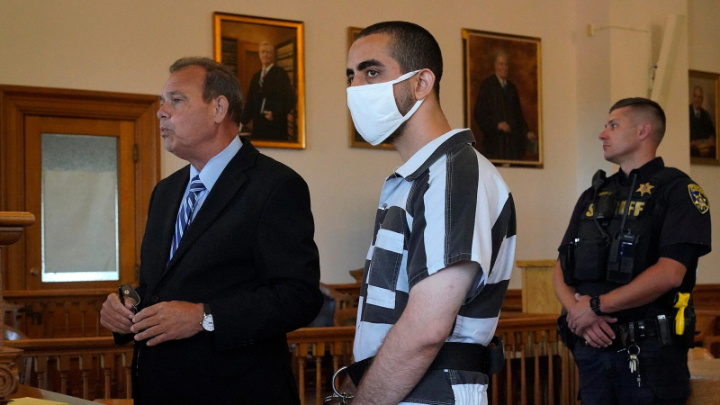 A 24-year-old New Jersey man charged with attempted murder and assault for attacking author Salman Rushdie has pleaded not guilty.

Hadi Matar of Fairview, New Jersey was arraigned in centralized arraignment on Saturday and was remanded without bail at Chautauqua County Jail.

Authorities with New York State Police told PTI that Matar pleaded not guilty and was held in the Chautauqua County Jail.

Matar was arrested Friday by the Bureau of Criminal Investigation for attempted murder 2nd degree (B Felony) and assault 2nd degree.

Rushdie, the 75-year-old Mumbai-born writer, who faced Islamist death threats for years after writing "The Satanic Verses", was stabbed by Matar on stage on Friday while he was being introduced at the event of the Chautauqua Institution in Western New York.
Hindustan Times