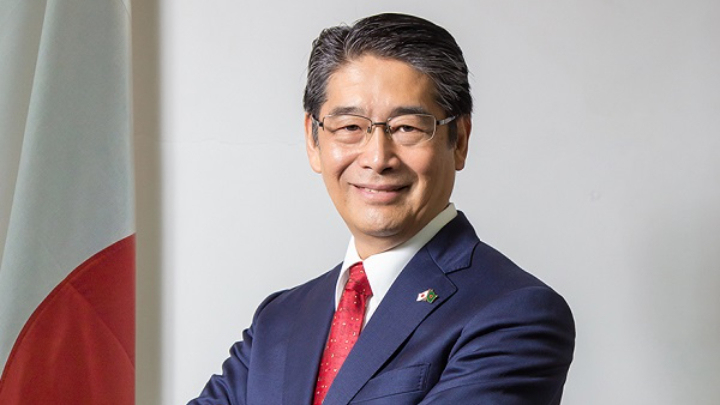 Japanese Ambassador here Ito Naoki has said his country is keen to "seize opportunity" to join Bangladesh government's ongoing construction efforts of second Padma Bridge while the first one was built due to Prime Minister Sheikh Hasina's "far-sighted vision and political astuteness".

"I am sure that once the second Padma Bridge became reality, Japanese government and JICA will be in a position to consider the possibility of participation in the construction efforts by this government," he told a group of selected journalists at his residence on Tuesday.

The envoy said right now the Japanese government's position is "We should seize the opportunity to offer our cooperation (in building the second Padma Bridge) to the government of Bangladesh".

"I am sure that it (Padma Bridge) is going to be very impactful, successful ... so the second Padma Bridge will be a reality," he said.

Ito said whenever there is a possible participation to do quality infrastructure in Bangladesh, Tokyo remain ready to provide good technology while Japan so far provided assistance to build 134 small and large bridges all over Bangladesh.

"This (Padma Bridge) is a wonderful milestone of the development journey of Bangladesh as it has been done on its (Bangladesh's) own initiative and funding," he said while extending his heartfelt congratulations to the government and people of Bangladesh for completion of the Padma Bridge.

Terming the Padma Bridge as a national dream and pride which demonstrates what Bangladesh can do for its economic development and stability, the envoy said it would truly fulfill the growth potential of Bangladesh.

The envoy said the year 2022 of Bangladesh would be remembered by the world with so many examples of quality infrastructure including inauguration of Padma Bridge this month and metro rail by end of this year.

Recalling Prime Minister Sheikh Hasina's visit to Japan in 1996, Naoki said she made a request to the Japanese side for cooperation on two bridges - Padma Bridge and Rupsha Bridge.

"It is gratifying that Japan was able to be part of this (Padma Bridge) project at the very beginning in the manner of conducting a feasibility study," he said.

The ambassador, however, said it was rather unfortunate that JICA could not be part of financing the Padma Bridge though it would have been desirable for Japanese government.

He highly appreciated Prime Minister Sheikh Hasina's courteous decision to build the bridge by own funding and said it clearly demonstrates what Bangladesh is capable of doing on its own.

He said Japan would continue to stand by Bangladesh in its development journey until it fulfills vision 2041 and realizes the vision of Father of the Nation Bangabandhu Sheikh Mujibur Rahman to build Sonar Bangla.

The envoy said Japan focuses on a number of mega projects in Dhaka, Chattogram and Cox's Bazar in line with the Bay of Bengal Industrial Growth Belt (BIG-B) initiative for the construction of an industrial corridor.

But, the ambassador said he is quite sure that there would be more opportunities for the Japanese investors to look into prospects outside the BIG-B areas as this Padma Bridge will enhance connectivity within the southern part of Bangladesh.
BSS