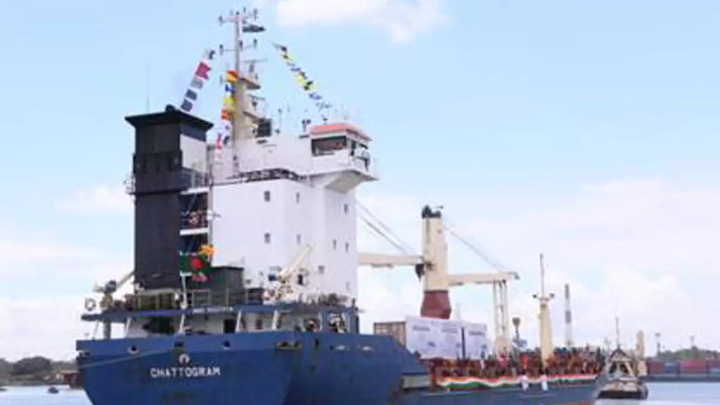 The ship, "MV Rishad Rayhan", arrived at the port on Sunday morning from Kolkata.

The vessel arrived at the port carrying 16.38 tons of iron pipes in a container and 8.5 tons of pre-foam in another container for Assam using the Birbirbazaar-Srimantpur border points.

At that time, the High Commissioner of India to Bangladesh Pranay Kumar Verma will be present at the port, he added.

“India's Kolkata port started the first of four trial runs towards the full implementation of the agreement,” he noted.

Pradeep Kumar Das, local manager of the vessel’s shipping agent, said the transit cargo ship is currently at Mongla port for trial runs on the Mongla-Tamabil and Mongla-Bibirbazar routes.

“Through this, the import and export of goods between Bangladesh and India have started,” he added.

After the 13th India-Bangladesh Joint Group of Customs (JSC) meeting in March, the decision was made to conduct the trial runs.