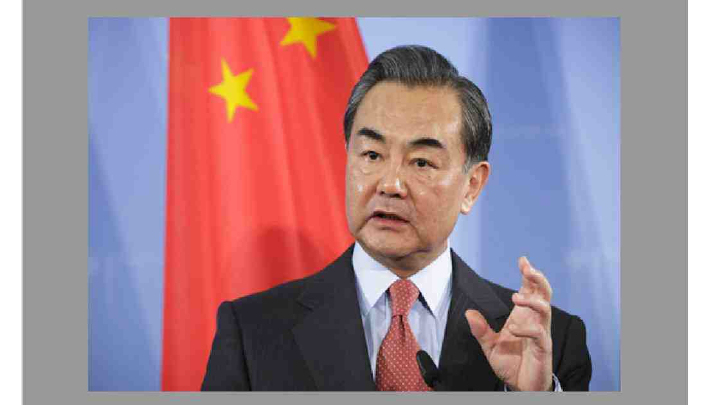 Chinese State Councilor and Foreign Minister Wang Yi has said his country is sincerely working to find a solution to the Rohingya crisis, terming Myanmar a difficult country to handle.

“Myanmar is a difficult country. We are sincerely working to resolve the crisis and will continue our efforts in the future. He (Minister Wang) stated it very clearly,” Agriculture Minister Muhammad Abdur Razzaque told reporters quoting the Chinese foreign minister as saying.

Razzaque, who received the Chinese foreign minister upon his arrival at Hazrat Shahjalal International Airport on Saturday, conveyed to Wang that Bangladesh is unable to bear such a big burden as the country has limited resources.

The agriculture minister said there is an impact on social security and social stability of the country due to the presence of over 1.1 million Rohingyas in Bangladesh.

“It’s a big threat to our national security,” he told the Chinese foreign minister after welcoming him to Bangladesh.

“The Chinese foreign minister will discuss bilateral, regional and global issues with Bangladesh leadership today (Sunday) with the hope to elevate the relationship with Bangladesh to a new level,” Razzaque added.

Minister Wang visited Bangabandhu Memorial Museum at Dhanmondi-32 on Saturday evening and paid tribute to Father of the Nation Bangabandhu Sheikh Mujibur Rahman. He signed the visitors’ book there.

“We hope the visit will provide an opportunity to further implement the common understandings between the leaders of the two countries, deepen mutually beneficial cooperation and elevate the relationship to a new level,” said Chinese Foreign Ministry Spokesperson Hua Chunying.

She said they “highly value” their relationship with Bangladesh and the Chinese foreign minister is visiting Bangladesh at the invitation of Foreign Minister AK Abdul Momen.

The meeting between Foreign Minister Momen and his Chinese counterpart Wang was held at a Dhaka hotel on Sunday morning.

They exchanged views on bilateral relations and international and regional issues of shared interest.

He will leave for Mongolia wrapping up his less than 24 hours visit to Bangladesh.
Dhaka Tribune