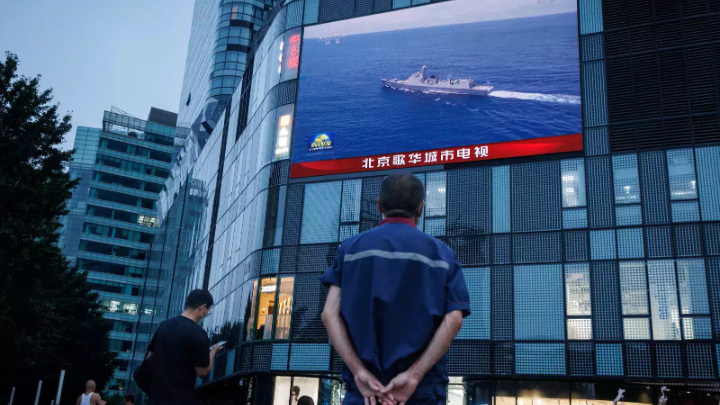 Nancy Pelosi's visit to Taiwan has triggered a host of sharp comments and reactions from China, most notably a flurry of military exercises and punitive measures on trade. On Thursday China foreign minister Wang Yi called Pelosi's visit a 'manic, irresponsible and highly irrational' action by the United States.

The House of Representatives speaker's one-day visit to Taiwan is the first high-profile visit by an American politician in 25 years.

Wang made the comments while speaking at the ASEAN foreign ministers meeting in Cambodia. He also emphasised China had made diplomatic effort to avert the crisis, adding it will never allow its core interests to be hurt.

In a show of strength, China also began its largest-ever military exercises around Taiwan on Thursday following Nancy Pelosi's visit. China's state broadcaster CCTV said the drills would end at 0400 GMT on Sunday and include live firing on the waters and in the airspace surrounding Taiwan.

China is conducting drills on the busiest international waterways and aviation routes and that is "irresponsible, illegitimate behaviour," Taiwan's ruling Democratic Progressive Party was quoted as saying.

While China has viewed Pelosi's visit as a threat to peace and stability in the Taiwan Strait, the US has, however, maintained that the visit was about “human rights, unfair trade practices, and security issues”.
Hindustan Times