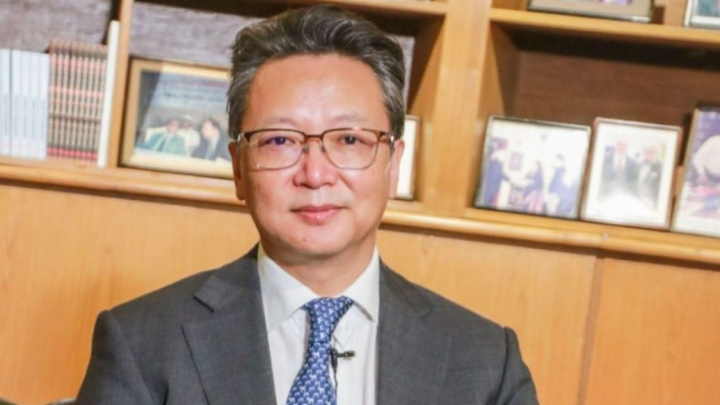 Chinese Ambassador to Bangladesh Li Jiming has asked the government to abide by the one-China principle and support China’s position on Taiwan.

The envoy issued a media statement on Thursday following the US House of Representatives Nancy Pelosi’s visit to Taiwan on Tuesday which has amplified the long-standing tension.

Taiwan is an inalienable part of China’s territory, and the Chinese government is the sole legal government representing the whole of China, said the statement.

However, Speaker Nancy Pelosi’s visit not only “gravely undermines peace and stability across Taiwan”, but also creates tension and conflicts in the region, bringing more uncertainties to the already troubled world, Li Jiming added.

China demonstrated its outrage over the highest-level US visit to the island in 25 years with a burst of military activity in surrounding waters, summoning the US ambassador in Beijing and halting several agricultural imports from Taiwan.

Pelosi left Taiwan on Wednesday after touting its democracy and pledging American solidarity during her brief visit, adding that Chinese anger cannot stop world leaders from travelling to the self-ruled island claimed by Beijing.

The embassy issued the statement at a time when Chinese State Councilor and Foreign Minister Wang Yi is likely to visit Bangladesh on August 6-7, details of which have not been finalized.

Previously, Wang Li and Dr Momen had a discussion in Tashkent, Uzbekistan on July 15, 2021, when Dr Momen said Bangladesh always adhered to the “one-China principle” and firmly supports China on issues related to China's internal affairs such as Xinjiang, Hong Kong and Tibet.