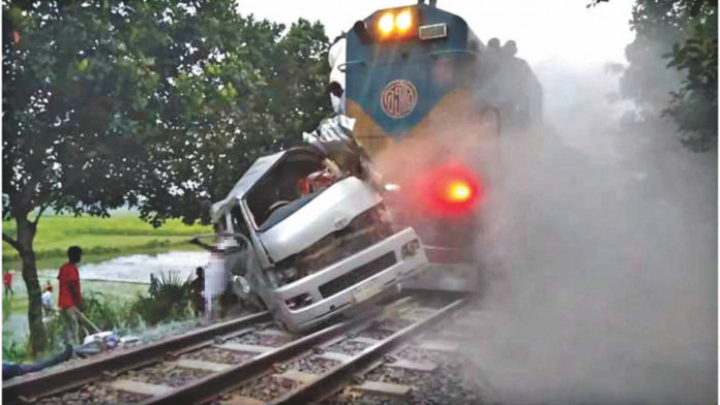 A writ petition has been filed with the High Court seeking judicial inquiry into the accidents at the rail crossings across the country.

It also sought compensation for the families of the victims who were killed and injured in the recent rail accidents in Chittagong and Gopalganj.

Lawyer Taposh Kanti Bal filed the petition on Wednesday, seeking a rule regarding the matter.

Concerned individuals including the secretaries to the law and rail ministries have been made respondents to the rule.

On July 29, 11 people were killed and at least five injured after a train hit a microbus at a level crossing in Mirsharai Upazila of Chittagong.

Previously on July 21, five day labourers were killed after being struck by a train in Kashiani upazila of Gopalganj.