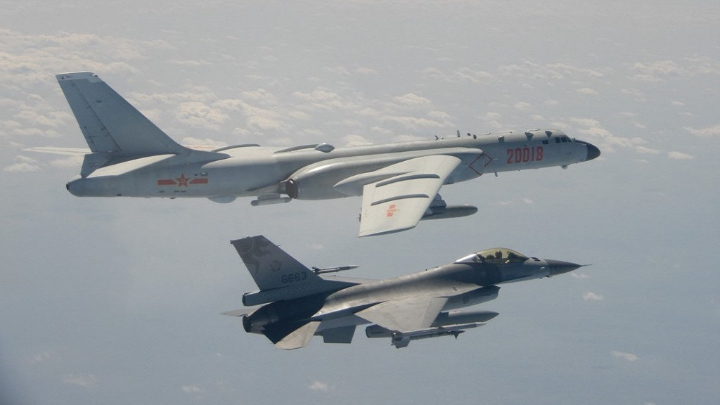 China's leaders have expressed fury at the visit of US House of Representatives Speaker Nancy Pelosi to Taiwan, painting it as a provocation that threatens the fragile cross-strait status quo.

In response, China has announced a series of live-fire military exercises around Taiwan, with the Eastern Theater Command saying that "joint naval and air exercises will be conducted in the northern, southwestern, and southeastern sea and airspaces" of the island.

The drills will include "long-range live ammunition shooting" in the Taiwan Strait, which separates the island from mainland China.

Beijing considers self-ruled, democratic Taiwan as its territory and has vowed to one day seize the island, by force if necessary.

With the risk of conflict or miscalculation rising, officials from outgunned Taiwan have tried to appear resolute to preserve public calm.

"The defence ministry has closely monitored and strengthened preparations, and will respond appropriately in due time," Taiwan's defence department said.

"The military will definitely stick to its posts and protect national security. We ask the public to rest assured and support the military."

The drill is "an attempt to threaten our important ports and urban areas, and unilaterally undermine regional peace and stability," it added.

"This move will not help China's international image."

Beijing's commerce ministry also announced retaliatory economic measures, saying it would suspend the export to Taiwan of natural sand -- a key component in the manufacturing of semiconductors, one of the island's main exports.
Dhaka Tribune