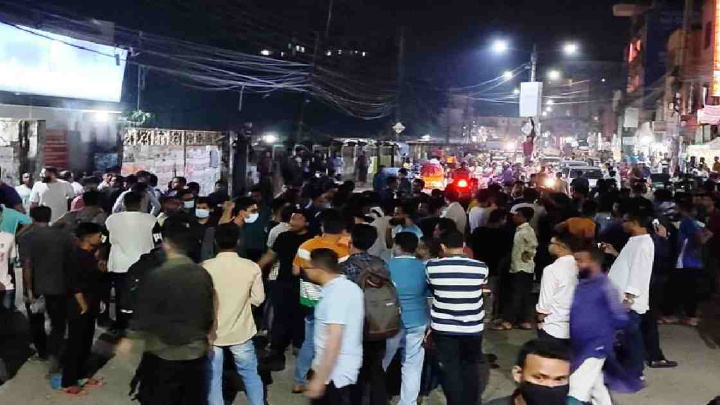 Students of Sylhet MAG Osmani Medical College and Hospital who embarked on a strike on Monday night in protest against the attack on two medical interns by relatives of a patient, suspended their movement early on Tuesday morning.

"We have suspended our strike after getting assurances from the authorities that steps will be taken against the accused," said Amit Hasan Sunny, a fifth-year student of the medical college.

“But the suspension is till 2pm as the authorities have already arrested two people in connection with the attack. The hospital authorities have assured us that they will file a case in this regard and that others involved will also be held,” he said.

If the authorities fail to fulfill the demands of the medical interns, the strike will resume from 2pm, said Sunny.

Ajbahar Ali Sheikh, deputy commissioner of Sylhet Metropolitan Police, said: “We have already arrested two people and identified the others involved and they will be arrested soon. Additional police force has been deployed at the medical college to ensure the safety of the students.”

On Sunday, two relatives of a patient misbehaved with a female medical intern at the hospital. They were later handed over to the police.

To take revenge, relatives of the patient entered the college campus and stabbed two intern doctors on Monday night.

On Monday, at 10pm, all intern doctors of the hospital suspended their services and announced to go on strike until all the attackers were arrested. They closed all the hospital gates and took position on the main road in front of it creating a blockade.