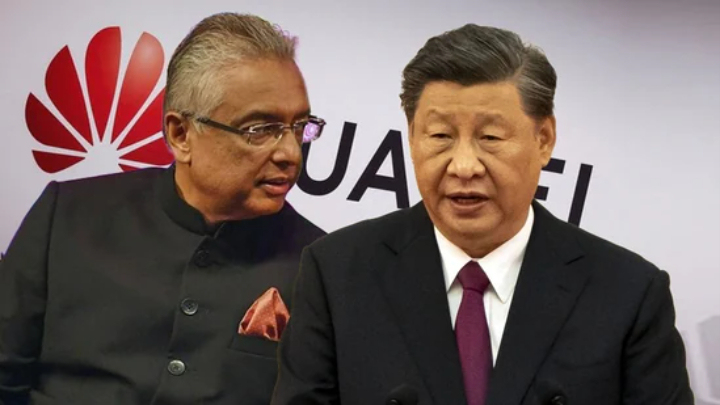 A scandalous connection between Chinese technology company Huawei and the former CEO of Mauritius Telecom could have a huge impact on India’s national security, if not for the Mauritius government declaring a war on Huawei which has strongly penetrated the telecommunications sector in the island nation. Rumour mills started working overtime as soon as Sherry Singh resigned as chief executive officer of Mauritius’s national telecommunications company last month after heading the company for more than seven years.

In a letter to MT employees, Singh said he’s unable to continue as CEO without “compromising my values”, adding that it was “not an option” for him. He then, in two separate interviews, leaked about the visit by an Indian team that conducted a survey in the island country on the request of Mauritius Prime Minister Pravind Jugnauth.

He claimed that Jugnauth had “forced” him to allow the “Indian team” access to a facility with the aim of installing a “sniffing device”.

Singh’s claim fuelled speculations around India’s role but Jugnauth was forthright on the government’s position.

Not only the Mauritius PM blasted the opposition parties for casting aspersions on India, but he also highlighted the security issue that the island country was facing. Jugnauth said in a statement that he had personally approached Prime Minister Narendra Modi “to send a competent team for this survey.”

He added, “In Mauritius, we don’t have the technicians for this survey, but even if we did, we preferred to go for this Indian team of technicians.”

The statement was as assertive as it could have been.

At a regular briefing, ministry of external affairs spokesperson Arindam Bagchi said that Jugnauth’s statement regarding the controversy was “good enough” from India’s perspective.

But there’s more to what meets the eyes.

During the 2006-07 period, contracts worth hundreds of millions of rupees were awarded to Huawei, which skyrocketed to billions of rupees under Singh. The former MT CEO is accused of using selective bidding exercises to help Huawei expand its business. The more problematic aspect of the link between MT and Huawei is the management of the data center, for which Huawei is responsible.